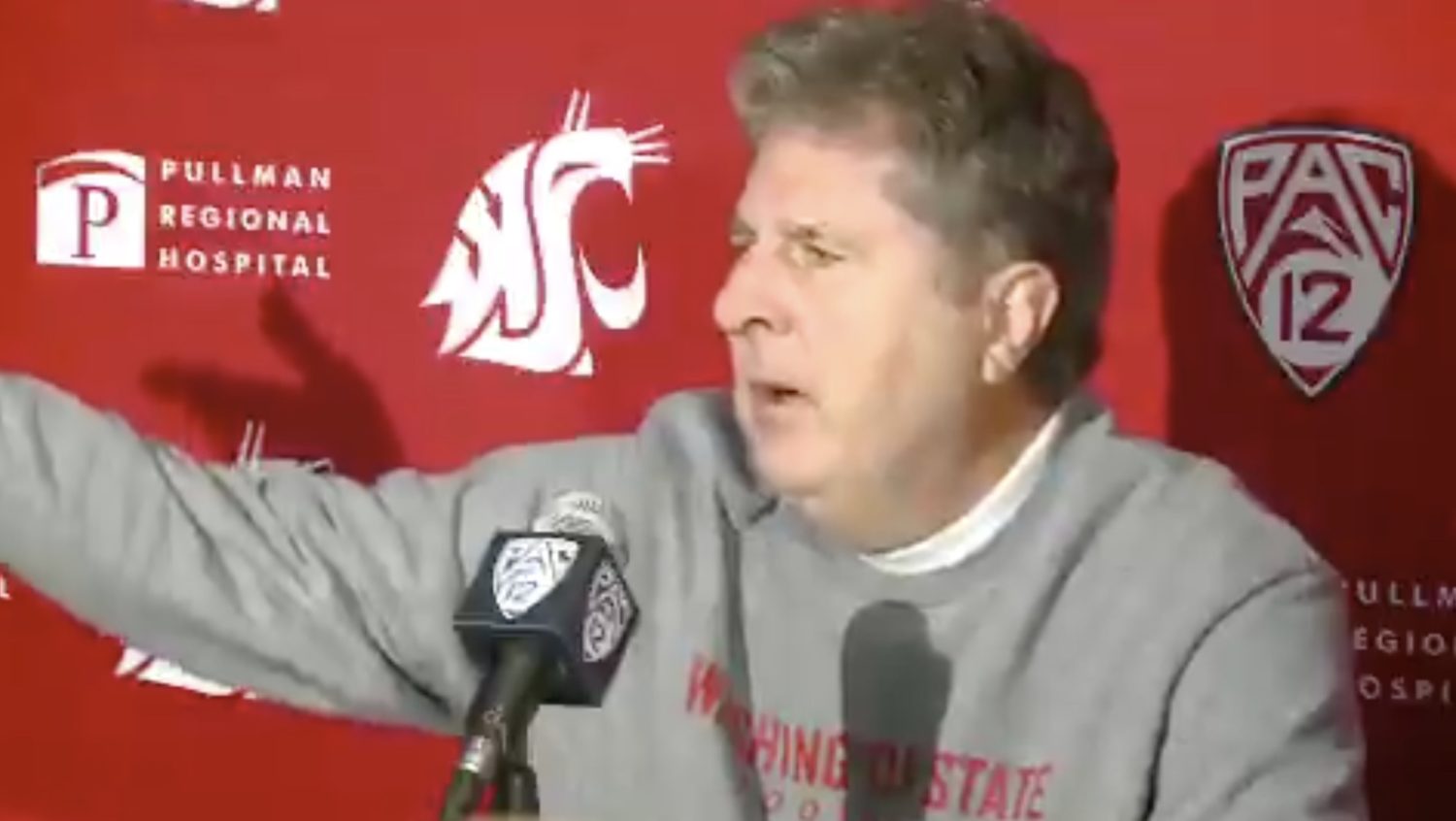 This Leach rant was not quite as cheerful as some of his others.

I hope I’m following the rules correctly by using the link.

Yes this is exactly why he won’t be the choice here.

Because we want a coach that accepts our inferiority complex and last in D1 attitude?

If I was HY, Leach’s rant removed him from consideration. UA needs a head coach who behaves professionally and knows how to properly behave including at press conferences. The HC establishes the culture of the program and insulting the press is lack of wisdom and sets the wrong tone and example for the program.

Really? I was rather have somebody that can win football games as opposed to press conferences. He’s had a bad season this year, but the guy has won big before. I would support him if he decided to come to Arkansas.

How is that any different than stuff Saban says…

Hey I think leach is a football savant however as a ceo making the hire he is too reckless. This is but one example of his prickly to say the least demeanor.

Look coaches aren’t pastors but leach is just too out there for this BOT and AD to hire him.

Saban goes off on media to send his team a message.

This type of behavior is undisciplined petty and immature. Exactly what we have all stated we don’t want in our team.

At least he shows some fire. I myself, got tired of hearing unacceptable and it’s who we are, and I’m just a High school coach in every press conference. I not promoting Leach but we need a coach that will put fire in our kids.

I think a lot of us in this board are age 40 and above.

I am around a lot of teenagers (I have two) and quite frankly these youth do not respond to yelling and fire like we did. They are more apt to shut down, quit or transfer, than listen to a coach yelling screaming and cussing them.

saban is way rougher on coaches than players.

I keep saying this and I am not sure it makes a difference to some…but Leach was fired by a major institution for mistreatment of student athletes. FIRED. Plus, faculty I know personally at TTech say he’s a major jerk.

I say we find a good football coach who does NOT do things such as this.

No one said anything about being a sweetheart. But Leach doesn’t recognize boundaries. Obviously. The stunts he pulled in Lubbock would normally be career killers in most lines of work. And he doesn’t seem to learn his lessons.

What stunt? One alleged incident in 17 years as a HC. Nothing was ever proven. Players love Leach.

Wilson Matthews wouldn’t have a chance coaching today, If some of all think Leach is bad.

He doesn’t want to hear that it wasn’t proven. He wants you to understand he was fired from a major institution for mistreatment of student athletes…even if proved to be false

I don’t care if our new coach is a jackass, mean to the press, spends time with strippers, never goes to church or any of hundreds of things like that. All I care about is… Can he recruit? Can he put together a good staff? Can he win at Arkansas? That’s it.

Seems like too many people want some version of Vince Lombardi that’s also some mixture of Mother Theresa. Personally all I care about is the Lombardi parts, the Mother Theresa parts should be reserved for Sundays and last time I checked, College Football is played on Saturdays.

Appreciate it but that is not the decision that will be made by BOT and AD. Trust me.