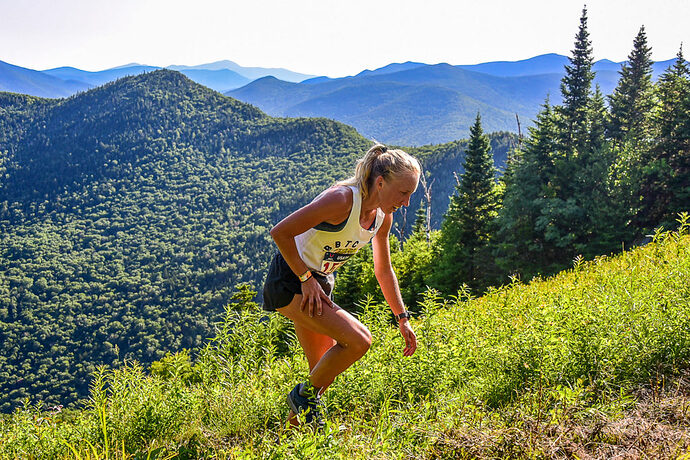 Good for her. That’s quite an accomplishment.

After that, an 8K cross country race, or a 10K on the track, is a piece of cake.

That is something special…A National Championship!! WPS!!

I hope she receives a great NIL opportunity for this achievement!! Now she is off to Italy!!

Looking at the specifics in the article, she complerted the course in 58 minutes for the 6.1 miles with her nearest challenger coming in almost two minutes later. Congratulations!!!

Lauren has completed her UA eligibility. Don’t think NIL is an issue 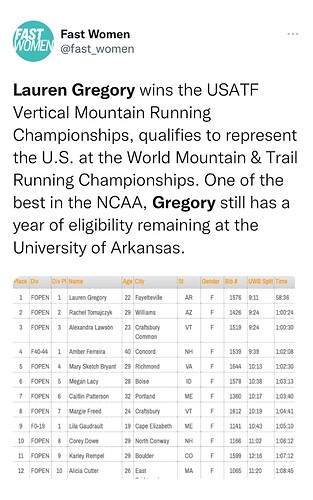 She’ll be in Italy

in August for the international mountain race. Not sure if it coincides with the mens baseball tour of Italy and Spain.

Muss needs to get her a MussBus t-shirt

Lauren has completed her UA eligibility. Don’t think NIL is an issue

The article below your post says she has a year of eligibility left. On the Hogs roster, she is shown as a R-Jr/S. Which I assume means a Sr academically, but a Jr in eligibility?

Winning a championship and going for another may mean she might not return though.

Lauren has completed her UA eligibility.

In her post-race interview, she mentioned still having indoor & outdoor eligibility.

UA bio says she’d completed five years of competition. That’s what I was going off of. Maybe it was five years of XC but not track; I didn’t look that closely. Going back to look at it, she did not compete in track as a freshman, so she has the fifth year in track but not in XC.