Lanzilli's Moment just before it happened 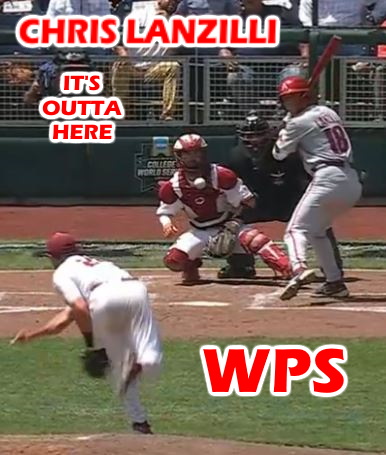 Boom, what a day.

BTW what game did we crush some team and lost the next 2???

Yeah, I was discussing that with a buddy of mine. Did we use up too many of our runs in this game and not have any left for the next games. I do not believe when we have had a monster output like today that we had a very good second game. Only difference will be that its not against the same team, it will be a different team so I hope like Robert Frost once wrote… and that made all the difference.

Well, DVH said we could give about 10 of those runs back. Stanford coach threw out a bunch of arms after it was out of control that normally don’t pitch in order to save arms.

NC State did the same thing in the super regional last year. Once the game was out of hand, no need to waste arms that will be needed for the next game.