I’ve been doing some research on Lane this morning. There are numerous accounts that during his time at FAU he has made some serious changes in his life. Reading through those he has renewed his faith and is much more involved in players lives outside football. His quotes in these areas are excellent.

Of course this is all internet stuff, who knows if this is just PR or for real. But if so it would be good news if hired from previous issues that are well documented. One being (at TN) his disregard of character issues for recruits and players.

I’ve turned a complete 180 on Kiffin and hope he’s hired. Not because of the above (just thought that interesting) but because I think he can recruit, bring in a great staff and win (eventually).

But I’ll support whoever HY hires.

Yea I’ve read a lot of the resurrection of sorts about LK. Now what’s 100% fact, 50% fact, or even less fact who knows. But he has been relatively tame since arriving at FAU and just concentrating on the job at hand to help a lowly football program reinvent itself and possibly to reinvent himself.
Humbled and more focused now and could be the perfect time for him to step back onto a bigger stage. If that’s the case I’m sure HY has asked enough Of the right questions to be sure.

Kiffin is at the age when a lot of men ‘grow up’. If his seemingly deep interest in the works by Ryan Holiday is any indication, I hope he is our next coach.

Check this out…this is growth of the best kind. 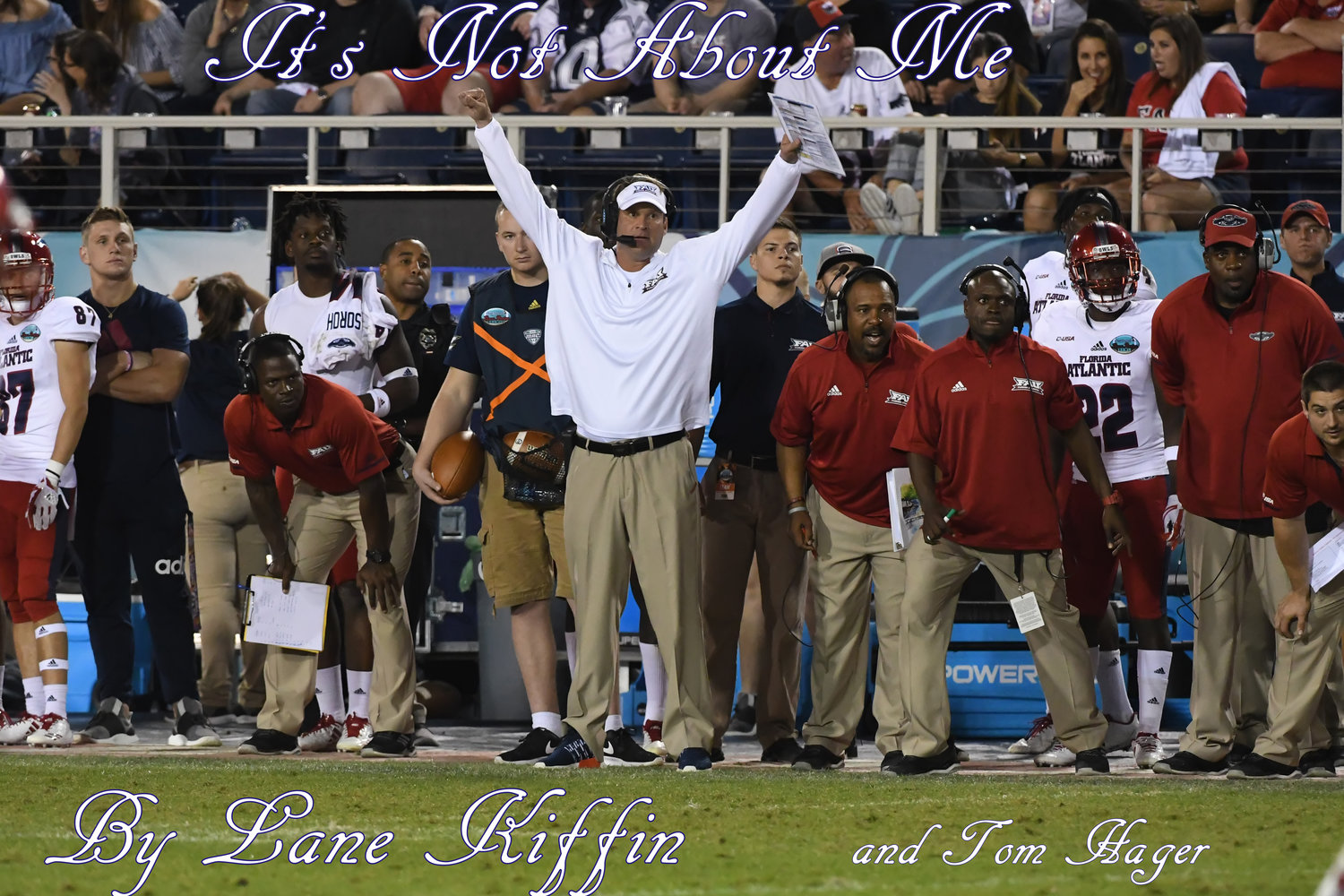 "God told me to send you this book...If you don't read this book, just read the first line." Here I was, a few months into my new job at Florida Atlantic University, reading a note from our team chaplain at Tennessee, Roger Woods. Believe it or not,...