Anyone have an idea on who might consider coming back next year? I know average salary in the WNBA is over 100K…which, while ridiculously less than male NBA salaries, is still nothing to sneeze at. Plus many women play overseas in the offseason. So a very good living is to be made by Chelsea. Maybe Destiny.

It sure would help our program if Destiny and Amber came back to go with our incoming class…especially Wolfenbarger.

It won’t happen…but wouldn’t Wolfenbarger and Dungee look good in the backcourt together!

Rookie salary in the WNBA is $57,000 under the current CBA, which is an improvement. The last CBA minimum salary was $41K. I guess they can get signing bonuses on top of that but it isn’t huge money. According to spotrac.com, which tracks pro sports contracts, Chennedy Carter from A&M has a three-year deal with the Atlanta franchise worth an average of $71K. Dungee could probably make more going overseas right away.

Yea…I hope she stays stateside, because I wanna watch her play. of course, I also want Mourinho to get sacked, and I am not getting my wish there either.

You think any of those girls use the “covid clause” and come back for an extra year?

Neighbors said he told his seniors they can come back but they don’t get a second framed jersey if they do. One per customer. Who knows?

You a Spuds fan? I knew there was something I didn’t like about you

I am indeed a SPURS fan.

Mary has a first cousin that lives in Epping. We go to stay there alot. I picked a team close to them, honestly, about 10 years ago. I also had fallen in love with the English National team while staying over there on sabbatical. Kane, Alli, Rose, Trippier, Winks, etc. all came from Spurs.

Then they (I only refer to the Hogs as “we”, a point I make to a friend that follows LSU football, New England pro football, Duke basketball, College of Charleston basketball, and Brewers (!) baseball and calls them ALL “we”) went and hired Jose, whom I cannot stand. I couldn’t stand him at Chelsea. Then at Man U. And I can’t stand him now. Narcissistic jerk who when he’s not winning cannot accept blame, always picks a start player or two to ostracize (Dele and Bale at the moment…especially Dele) and plays the MOST BORING brand of football imaginable. God I can’t stand the little bugger.

And yes, I knew you followed the hated Gunners. But I’m fine with having people on this board that watch EPL at all!

Chelsea made it pretty clear she’s moving on in her post-game presser. Maybe Destiny and Amber might consider staying. Losing 4 starters would be alot. I don’t care how good Jersey may turn out to be.

I was glad to hear Mike say “you can’t get outrebounded and give up15 turnovers”. Watching his teams the last two years essentially have to outshoot people has been, as you said, exciting for us when it works, exciting for the opponent when it doesn’t. Its like Nolan used to say, its all about possessions and shot attempts. You can’t get killed in those categories. If you don’t rebound well, you HAVE to win the turnover battle…or the math just doesn’t work. Unless you shoot a really great percentage from 3.

Jersey is 6-5, but she’s a lean guard type. Like Durant. or Day. She’s not a banger. She’s probably not the answer on the boards. She might help there. Let’s hope so.

Maybe Neighbors needs to hit Jr, College. He brought in a girl from Minnesota 2 years ago but for whatever reason she hasn’t worked out. Everyone including CMN knows we need someone to rebound.

Oh I could use a lot more descriptive terms for Tottenham than that. Such as Jack Wilshere used a few years back during an Arsenal FA Cup celebration (you may or may not remember the FA Cup, since Spuds haven’t won it since my son was in diapers). It had been five years since THFC’s last hardware when the Hogs were last in the Sweet 16. Maybe that changes in the Carabao Cup final… but I doubt it.

Wow…throwing actual shade at my Spurs. You know, we don’t HAVE to hate each other’s teams like the No. London set does.

Besides, what the hell has Jack Wilshire ever done, other than always be the guys thats gonna do something…anything…and never does. He was gonna be the great England national team midfield maestro…maybe at the 10…and that never materialized.

And I am fully aware of the FA Cup!

And I wasn’t even going to say “Gooners”. But YOU went there!

and I fervently hope Spurs DON’T win Carabao. If they do…Jose will be retained. I want him GONE.

LOL. We might actually agree on Mou. Although I’m afraid they’ll hire a manager with a clue if he leaves, like maybe Steven Gerrard. Levy will still be the problem, though, kinda like Jerry Jones.

But here’s little Jackie Wilshere in action. Notice that hardware on the right that hasn’t been seen on High Road in 30 years: 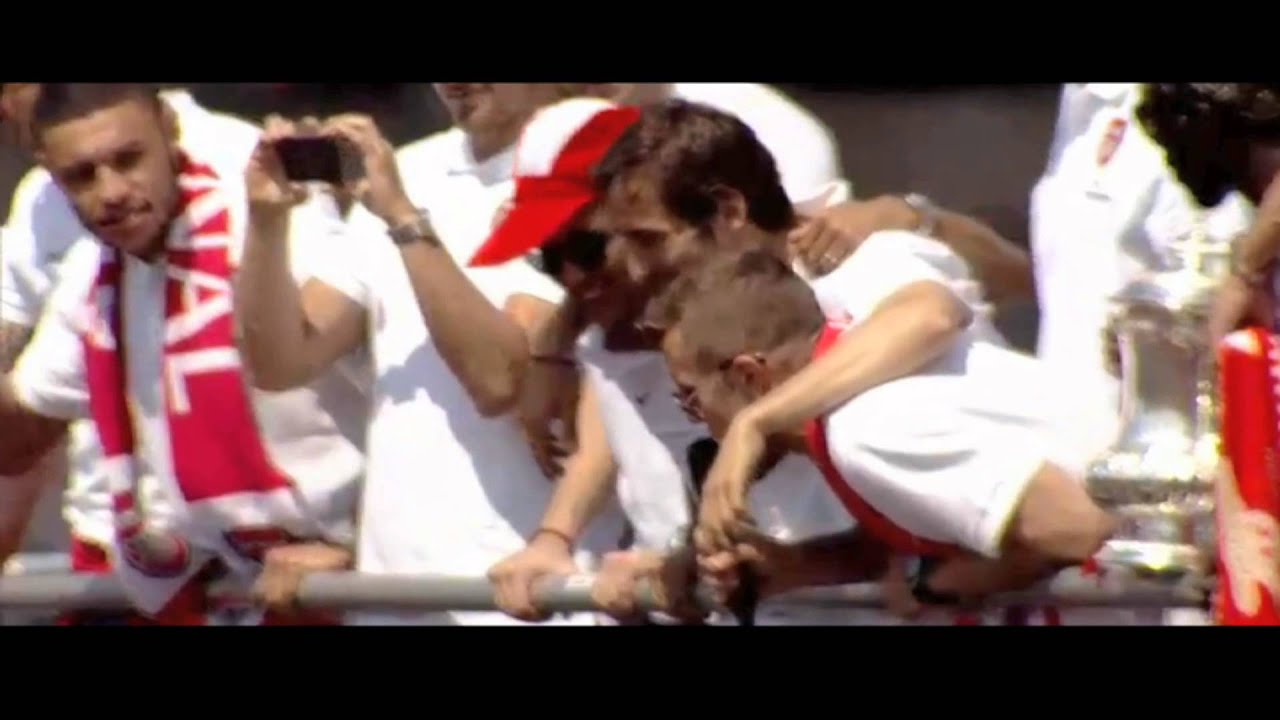 I gave that a heart only because I love that YOU love the EPL. And a London team. I love London like a child. And you mentioned Stevie Gerrard. I would lose my mind if they ever hire Stevie. My all-time favorite English player, aside from HK of course. You are right…Levy is the problem. They should never have gotten rid of Poch. Yes, they were struggling in the EPL. But HE had gotten them to the Champions League final. Poch built that team. Not Levy. Good comparison about owners.

All that said, eat poop Jack Wilshere. And I can’t wait until the next Derby now…

And I can’t wait until the next Derby now…

Hoping we can win UEL and beat those Manchester bleeps to do it, and get a little more hardware on Hornsey Road.

I’m not hugely fond of Stan Kroenke, even though there is a paving brick on the Bentonville square with his name on it (I’ve seen it). How many EPL owners have a paving brick in a little Arkansas town?

He’s let things deteriorate and let some people leave who shouldn’t, although I blame Gazidis more than him. (Van Persie? Really?) But at least they’ve paid to keep Auba. I would have surrendered my Gooner card if they let Auba leave.