5 runs in first against LSU. Coach D is fired up

That was really cool for Coach Pittman to throw out the first pitch. I think there’s a lot of football players at the game too.
The grand Slam was huge.

Good to see big Myron Cunningham in the front row behind homeplate,was there yesterday too

Bloom just gave up back to back HR’s Now 5/3 Ar.
Pitching change. Delce is now the pitcher.

Sam goes to a lot of softball games when he’s not tied up with practice or recruiting.

I saw that to.

we better start getting some more runs,5 may not be enough 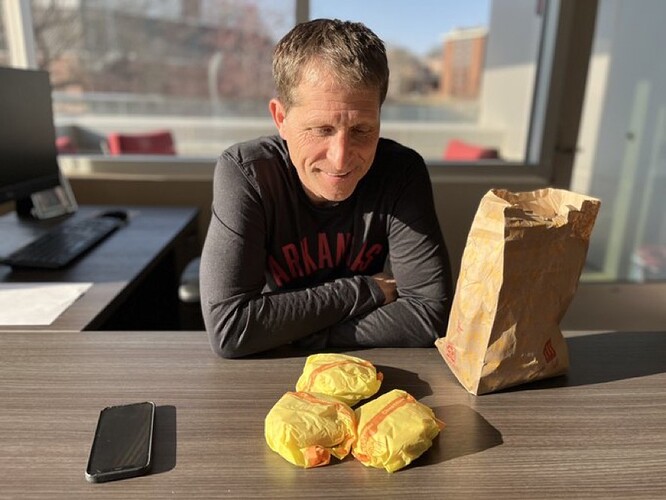 yes he did I had a feeling we were going to get him,what a class!!

she has looked very good! don’t know what is going on with Haff but she is nowhere near as good this yr so far

I think she’s pitched too much early and just in need of some rest. Haff is still amazingly effective when she is fresh.
The softball Hogs are better than last year.