KP geeks out with Kopps

Interesting explanation of that nasty pitch. 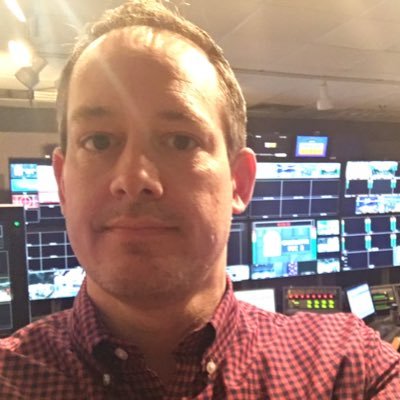 Just commented on this in a diff thread. Good find!

I watched him explain that and stiil couldn’t make any sense of how he does it,When he throws it,it looks like he is getting on top of the ball like a 12-6 CB but the way he explained made it sound nothing like that.well he knows how he does it and good enough for me,I wonder if all the other pitchers on the team are trying to learn it?? I know I would be trying too.

I listened to him and still did not know. All I know is it is wicked!

I understand the gyro spin (completely side to side, no topspin or backspin) but I’m not sure how that grip/arm action produces that spin. It is definitely wicked though.

Arm action and different velocities still with the spin he wants plus location he wants is just masterful.
Maybe some of our pitchers are trying to emulate Kopps pitches, but only in offseason i would guess. So it doesn’t disrupt what they already throw during the season.

I’m perhaps the least sophisticated person on this board to address this, but I suspect telling and showing how to do it aren’t that big a deal. It’s the ability to do it that makes it special. If it could be taught, everyone in the bigs would be Manny Rivera. I hope this makes Kevin a very rich young man soon. And I hope it helps us become CWS champs even sooner.

This is how I understand it. Yes, it’s a gyro spin (side to side), but KK’s arm action and wrist action is “over the top” converting that spin to downward spiral when it arrives at the plate. Because of where his fingers are running along the baseball seams, it is difficult for the batters to pick up the spin because they can’t see the seams clearly.

It seems truly amazing that any coach or KK, himself, came up with the amount of intricacies involved in that pitch. Of course, mastering the actual delivery and the speed with which KK delivers it (85-88 mph) probably takes a special talent.

It appears the spin he gets not only makes it hard to track and hit, but it makes it more likely to be a ground ball also.

My wife kept asking why Vandy was swinging at pitches in the dirt.

He’s definently got a downward tilt to it to get it to dive downward but is releasing it out of his fingers different than i was expecting.

You got to Love the innocense of Ladies watching sports.

Kyle Peterson and Dari of the SEC Network did a postgame interview of Kopps. Can’t find a link (yet).

Interesting to hear Peterson’s lead-in comparing Mariano Rivera’s cutter to Kopps’ version. Peterson remarked he can’t think of anyone who throws the cutter quite like Kopps. His take batters haven’t ever seen anything like it and don’t know how to handle it.

Kopps is a really good athlete with a strong work ethic. That pitch is so devastating I’m wondering when the wanna-be clone pitchers emerge?

NOTE: moved from another thread. —Marty

I’ve been extremely irritated with KP’s questions regarding KK’s technique/style to throw it successfully. With Kevins’ acknowledgement of UA never winning the sec tourney NOR winning a NC, why on earth does kp want him to explain to america what type of ball it is???
I can quaran-dang-tee bet NO ONE was ignorant enough to ask Peterson those questions about his ace pitch especially BEFORE he won all of his accolades.
IMO,when it comes to asking the right questions after or even during a series championship.kp is a punk.
NO ONE or coach needs to have any additional info to help analyze Kopps Killer Kutter!

Gyro spin isn’t side-to-side. Kopps actually gave a good example when he described it as a bullet.

Side-to-side spin is how the cutter is produced. Think about someone spinning a basketball on their finger and it coming towards you. It will eventually start to move sideways. That is was Rivera threw.

To think about gyro spin, imagine that same basketball spinning on someone’s finger. But instead of the finger going up and down, it’s pointing at you. The ball is now spinning on a horizontal plane, but all you see is the tip of the ball that used to point skyward. It is coming at you the same way a bullet flies out of a barrel.

The crazy part is that it can react a couple different ways once gravity starts to push it downward. Sometimes, the spin will stay on the same plane it will just be lower. When that happens, the ball will drop fast. Others, the plane will start to tilt at a downward angle, which will then produce a diagonal action.

When hitters see a fastball spinning (usually backspin), or a curve (usually downspin), or a traditional cutter (side-to-side spin), they know the direction the ball will move. Gyro spin will mostly move down, but it could be straight down or down and left (for a right-handed pitcher like Kopps). The other hard part is that the depth could make it hit the front of the plate or just drop a few inches.

Ok I described it poorly; it’s not side to side. Gyro spin would be the spin of a football thrown with a spiral, either spinning clockwise or counterclockwise