Kentucky write up on the loss 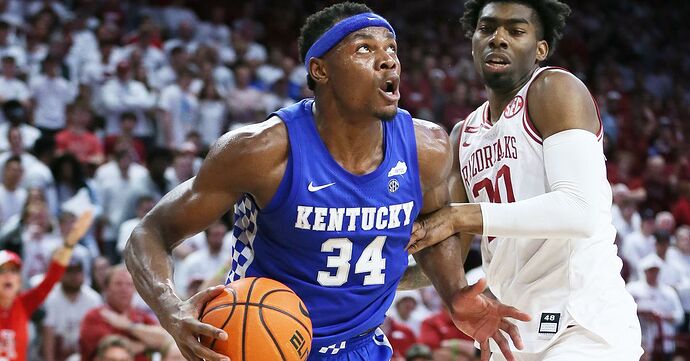 Box score and MVP from Kentucky vs. Arkansas

Such an arrogant bunch . “The bad officiating as we’ve grown accustomed to!!” Puuuhhhhlllleeeezzze!

Thank God we’ve never blamed a loss on the officials

Hey Billy, when you post a link be sure to only post the link alone on a line without any punctuation. You put a period at the end and it kept the preview from showing.

This board complains about bad officiating as much as any other team or fans. It’s fascinating how much it happens on here and then we complain about other people complaining. And we don’t even play the game. The players don’t really care. But my goodness the fans…

Ok I didn’t realize I did that thank you

Every message board complains about the officials. True indeed.

Also true that every message board has at least one member who points out that “we complain about the officials as much as the next fan base “.

A Sea of Blue is a website run by fans of Kentucky. It’s the Wildcats version of Arkansas Fight.

That wasn’t an “article” in any true journalistic sense…it was a Kentucky fan boi post in disguise as an objective report.

You can see the same thing on any UK board…

you don’t think players care lol …that’s hilarious. They just can’t say it but trust me you see the expressions on the court.That article was saying despite the bad officiating they fought back in the game,they seem to forget we missed about 5-6 uncontested layups and didn’t score the last 3 min of the half was the main reason the game was close at all.

I’m disappointed, not one word about the Blue Moon free throw viewing.