Kansas and Louisville: Be very afraid

From Gary Parrish of cbssports.com. If Okie Lite got hit like this for what an assistant coach did who got fired as soon as the school found out…

Just want to point out, he never mentioned LSU. Hmmm…

I guess Will Wade is the new “Teflon Don”, as they used to call John Gotti. Nothing sticks to him.

When I read it, I noticed that LSU was mentioned a few times. Am I wrong?

He mentioned the strong-ass offer. Wade wasn’t mentioned by name but… 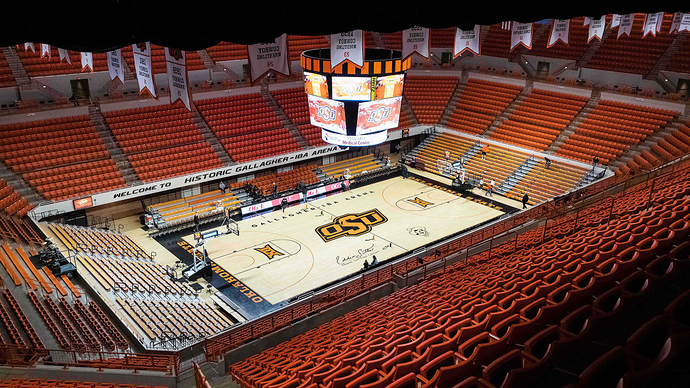 When the NCAA pops Kansas or Duke, we know they have some teeth. That lawsuit against Zion Williamson from his former agency may finally make Mike K’s hair turn gray.

It may happen. You know more than I do. I personally will believe it when I see it.

I can’t tell if Parish edited or not, but I read it several times before I posted and didn’t see LSU. Now, I see their name.

"egregious actions committed by a former coach that did not result in any benefit for the university.” This sounds like a legal smoke screen. If the actions were admittedly egregious, would it not follow that some benefit would acrue to the institution, or at least would have plainly been illegal or against NCAA rules? Why would a former coach commit egregious actions? Substitute the word felonious and see how it sounds.

The NCAA will kiss the Godfather’s ring at Duke, Kansas, and Ken-lucky… Bama, USC (East/West), Auburn, LSU, Arizona, etc. better lock the hatch behind them to keep from drowning because the ship will be heavily listing to one side from the blast.