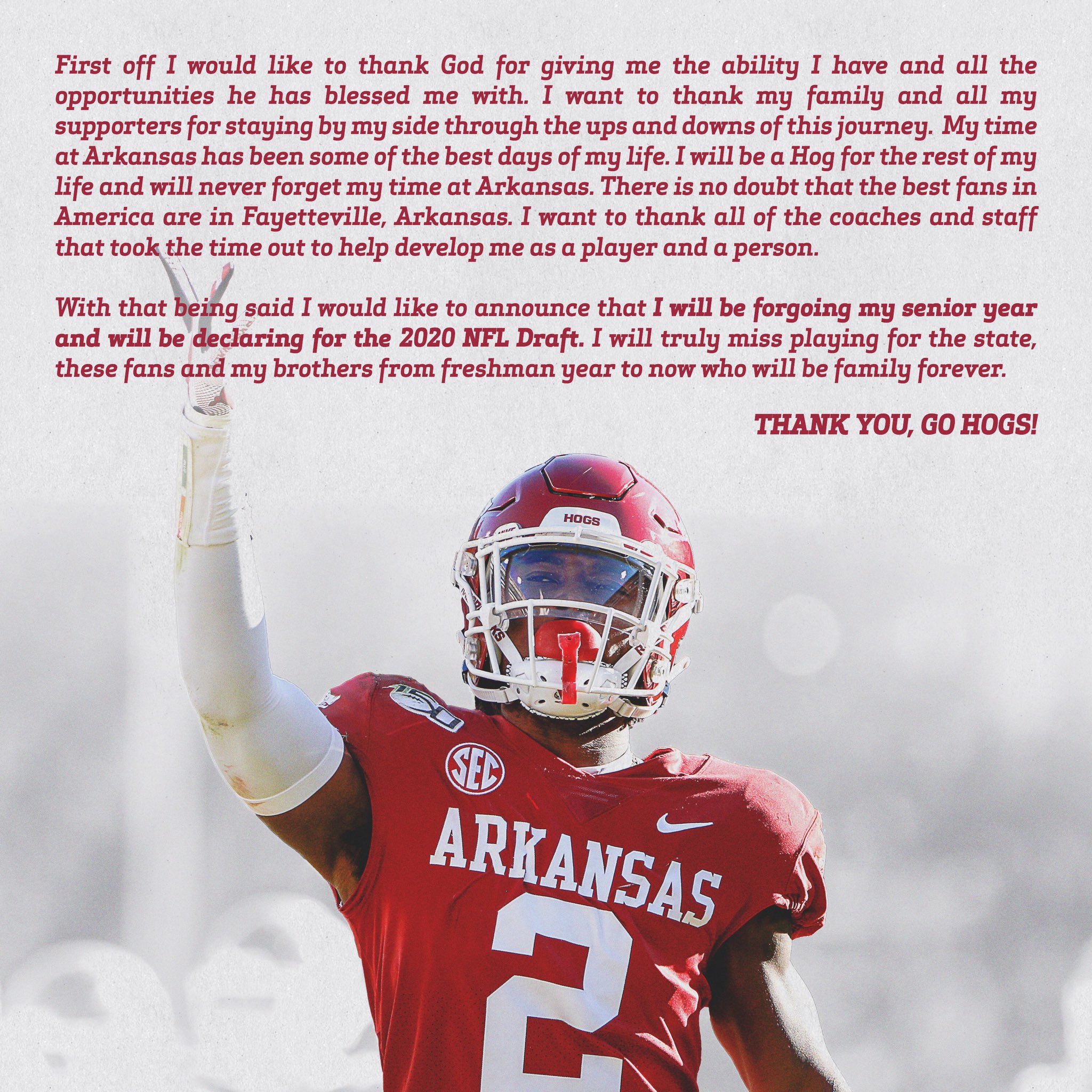 Hope they call his name. He has talent.

I do hope he gets picked, but I think he needs another year.

For those with anti-twitter thumbs… 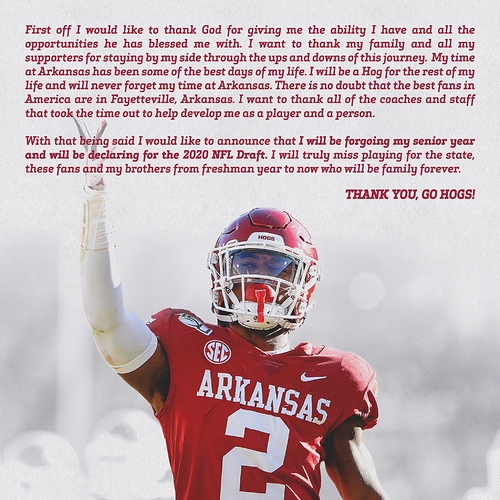 Here 3 years and we can’t even spell his first name right. I’d be bailing too

Hope he can at least get drafted by the CFL and get paid some money to play the game, but he will not be drafted by the NFL at this time. Big mistake!
I wish him much luck because him leaving early he will need lots of it.

Wish him luck but think he needs 1 more year.

Good. Needs to move on.

Why say that? Whether you think a kid is good or not. Just don’t understand.

Sometimes it’s just good to move on from a situation. That’s just an interpretation of what I think I’ve seen and heard from him. Could be totally wrong.