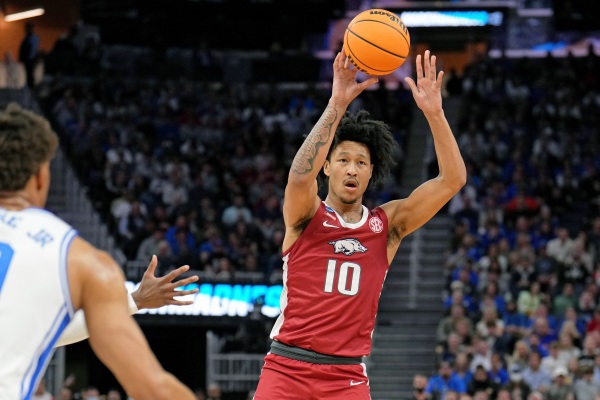 What am I missing? I thought JWill was invited to the combine weeks ago. This article is dated today, and seemingly, as a breaking news item?

I thought the same thing.

The NBA previously released the list of underclassman draft entries, not combine invites.

I thought the same thing.

Hmmm, I guess I’ve been totally in the dark about the NBA combine invites. This from Adam Zagoria, who today, announced 3 players who had received invites, including JWill:

“The NBA Draft Combine features 60 players and runs from May 18th through 20th. Combine participants are invited based on voting by NBA front offices. The NBA will also host a G-League Elite Camp on May 16th and 17th that features the next 40 players who weren’t invited to the combine. The top performers at the G-League Elite Camp are usually invited to stay for the combine.”

I saw elsewhere that in 2022 there would be 69 invitees to the NBA Combine. I guess that means they pick 9 players from the 40 invitees to the G-League Elite camp to stay for the NBA combine.

I don’t know why I thought JWill was invited a long time ago? Well I guess we now know that NBA front offices expect that JWill will be drafted. We just don’t know where in the 60+ draft spots. I would have felt much better about his return if he was in the 40 invitees to the G-League elite camp.

The NBA previously released the list of underclassman draft entries, not combine invites.

Yes. I guess I confused the lists. Evidently, they’ve released at least some of the names today. Zagoria listed 3 today in a tweet:

have all been invited to the NBA Draft Combine.

I know y’all weren’t doubting the legitimacy of Zagoria’s tweet, but got it confirmed this evening.

What I am doubting, Scottie, is JWill staying in the draft when the consensus is he is around pick #45. Why in the world would he not come back to better that? Nowhere to go but up next year.

Doesn’t make any more sense to me than the decision Isaiah made…3rd year, and still can’t get off the bench in Philly. I will never get it…if you aren’t a guaranteed 1st round pick, you should come back. Every. Single. Time.

I really don’t know what JWill is doing right now. The land of milk and honey is one more year as a Hog, and I would still say this even if I wasn’t biased…there are NO guarantees in the 2nd round. Why make it harder than it has to be?

Doesn’t make any more sense to me than the decision Isaiah made…3rd year, and still can’t get off the bench in Philly. I will never get it…if you aren’t a guaranteed 1st round pick, you should come back. Every. Single. Time.

Your comment assumes that the player (Joe, in this case) will improve his stock significantly by playing another year. Many do, but certainly not all. Meanwhile, he is making $1.7 million this year. May not be much by NBA standards, but I think most on this board would love to be in that income bracket for just one year. He’s been making that for 2 now. Life changing money for most kids and their families. It’s hard for them to say “no” to that, if it’s on the table.

And - he is what he is. I’m not convinced he would be that much better (in the NBA) had he come back for another year. Would he be any taller? Would he jump any higher? Would he shoot any better?