Not yet (and I started a separate thread on the topic). As of right now, it will be the Little 14 in 2023 and 2024, unless EOE and ZeroU negotiate their way out. Maybe with this change the LF will be more willing to negotiate, but as of now, no.

Sorry I missed the other thread. Thanks for bringing me up to speed. Looks like the Big12+/- would want to do a new schedule once instead of doing it twice in two years. Are they waiting to see who blinks and makes a concession to get the separation over with sooner?

They are waiting to see if there will be more money to be divided if contracts for TV are re drawn. Possibility of that.

Austin paper thinks they’ll join us a year early in 2024. 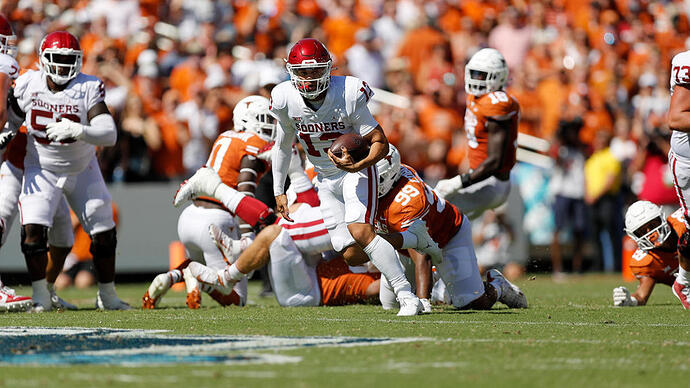 When Hunter Yurachek spoke at our luncheon last September, he said he thought 2024 would be the earliest they could join because that’s when the new TV agreement goes into place.