I came across this tweet and it sure does look like he really didn’t want to even acknowledge Muss. Never even looked at him. Certainly does seem odd. 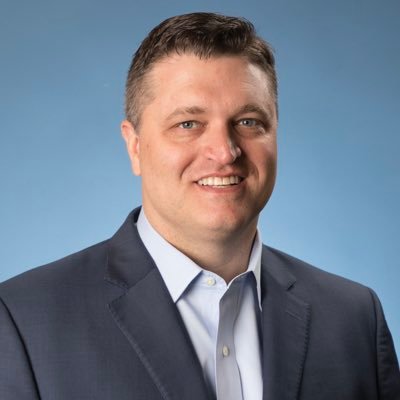 @denverpeacock
It’s so easy to dislike Will Wade. Look how he literally ignores Muss during the post-game handshake. So disrespectful. Unreal. #wps #FBI https://t.co/z73a8NS8Gm
1 Like
ClayHenry March 12, 2022, 12:00am #2

Will Wade has a lot going on right now.

Noticed it live as we all did. He’s a turd.

That was right after toneys dunk and the jd inbounds steal. I wish toney had stopped and drilled a 3. I was wanting an 80 point game.

Ya I don’t think it was necessarily anything personal in the handshake line. That man was in a state! Like death warmed up

Watching the game, I thought his tirade at the end of the first half had to deflate his team…My guess is either him or a great deal of his players are elsewhere next year…I also have no doubt EM is ten times the coach.

I don’t see any issue here. There are enough reasons to dislike Wade anyway. He wasn’t in the mood to hear any apology from Muss over the way we ended the game. He has bigger issues.

Had the tables been turned and we had lost and they rubbed our faces in it at the end, I would have expected the same kind of reaction from Muss.

Muss now 5-3 vs Wade after the trifecta this year. Even though I’d like to see justice served, part of me hopes we can continue to beat him next year and watch him whine. Fun win today!

The thing I noticed was the play with maybe 6-8 minutes left in the game, where Notae had the ball tied up with an LSU player, and said corndog made a show of jerking the ball, which threw Notae to the ground…where the corndog stood over him and glared. There was a brief stop in play as players from both sides responded with some testiness.

When they showed a replay of the action, what caught my eye was the LSU player in question went to the bench during the lull in the action, where he was met by Coach Wade with a huge, ear-to-ear grin and handshake of congratulations. It was clear he was giving the kid positive reinforcement for being a jerk. That was really disappointing to see. You’d like to think the coach would have read his player the riot act for that lack of class…but then, it IS Will Wade we’re talking about.

Wade is a classless jerk. Today’s performance was expected. I hope that he is fired and sent to the federal lockup for a few months. Maybe he can be a federal suite mate with another notorious cheater, Bruce Pearl.

What the heck are you talking about? We were ready to dribble it out and they kept the trap and then fouled JD pretty hard. The game was clearly decided. Our response was appropriate.

I liked the ending. LSU got what it deserved.

Oh, I really loved the ending as well. Because it was LSU. It would have been fine with me against Auburn as well.

Anyone else, and I would have expected us to just dribble it out as normal.

Wade did say in the post-game that Arkansas was just a better team this year. Still a jerk, but he owned the three losses.

Yeah, he said the reason we won was because we are the better team. Didn’t whine about officiating like Barns or say his team had an off night like Pearl. Just owned it and gave us 100% credit. Also, said he had zero problem with Tony’s dunk. He’s obviously super competitive and gets worked up during the game but he gives a great interview, lobbied for A&M to get in the tourney, said we were better, etc. And did it in a positive way. I guarantee you guys would hate Muss just as much or more if he were coaching another team.

Wade’s still a cheating scumbag. Him being somewhat complimentary of Arkansas doesn’t change that reality.

We tried to dribble it out. They tried to trap near the half court line as Lykes was just dribbling. So it was on.

The only way this bothers anyone is if they have an expectation that will wade has any decency in him. He doesn’t. This is par. I’m glad we dunked at the end of the game. That was for him not the players. I’m actually realizing I feel sorry for his players.