Jonathan Marshall to the Jets 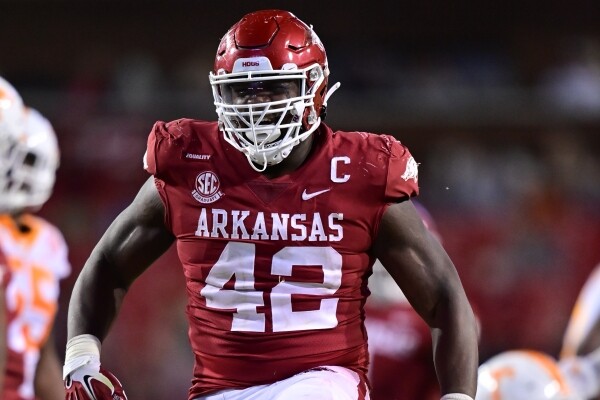 Jonathan Marshall drafted by Jets in 6th round

Hope he does well. We’re rooting for him.

Proud for him,think he can play at that level.

Even though he didn’t go until 6th round, he still may have a good chance of making the Jets’ team. I noticed that he was the only D-lineman the Jets drafted. I don’t know what they did, if anything, in the free agent market insofar as the D-line though.

I hope he can at least stick on the practice roster. With some development, he certainly has the strength to play DT at the NFL level.

Aloha,
What I don’t understand is why his “deficiencies” (other than his short arms) provided by the draft experts were not addressed at the college level?

Every player in the draft is deficient at something, even Trevor Lawrence. Scouts are there to pick them apart. You sink to the 6th round because you have a few more places to nitpick, but you get drafted anyway because they think it’s fixable.

Yea I think his question was why wasn’t it fixed at the college level if it’s fixable.

Nose tackles are not nearly as coveted as pass rushers. NFL teams will take edge rushers over tackles and move them inside.

My slightly protruding elbows kept me out of being drafted as a top 3 tight end back in the day.

Along with a complete lack of skills, talent, drive…

You know, I’m starting to think it wasn’t all about the elbows.

Pointy elbows can sometimes allow opponents to figure out exactly where you are headed. It’s almost as bad as where your toes are pointed.

Pointy elbows are great in an MMA ring though…

I think Marshall makes the Jets roster. Has all the tools. With some more good coaching he may be very popular at that level in a few years