Majors was an assistant coach for Frank Broyles from 1964-67. 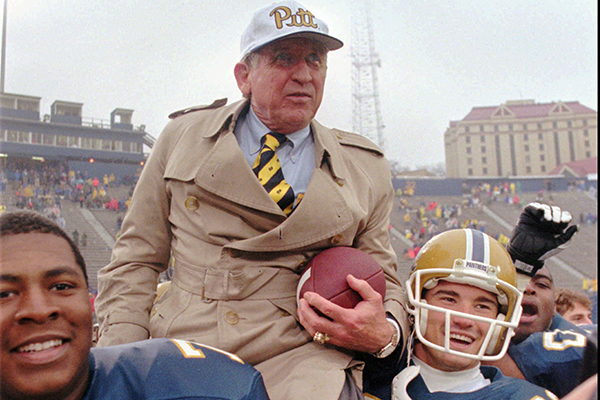 Johnny Majors, who as an assistant coach helped Arkansas to its only football national championship, reportedly died Wednesday at his home in Knoxville, Tenn. He was 85.

Broyles’s coaching assistants include a long list of many future successful head coaches & who’s who in the sport.

Always wondered if Broyles was a great at evaluator of top talent & leaders, was that good in developing the talent (both players & coaches), or all of the above. Few coaches had the far reaching legacy of Broyles. Wish that more of those greats had returned to coach Arkansas.

RIP, Coach Majors. This man was a great football coach.
He left us with many wonderful memories. Sad news.

I got to take care of his mother a couple of times when she was in the nursing home/hospital at Sewanee. Johnny Majors and Phil Fulmer are from the same neck of the woods and one is universally loved for good reason and the other is divisive even during Bama TN week. I only talked to Coach Majors one time and that got me the right to ask him about how tought Wilson Matthews was, and I liked his answer to confirm the legends. Huntland is tiny and he knew his roots and stayed pretty true although he could drink with the best of Larry Lacewell and Barry Switzer. RIP to Johnny Majors, you were a gift to the state of TN and a remarkable man. His dad was Shirley who coached Sewanee a little after their historically legendary undefeated winning trip thru TX and LA.

RIP Coach Majors. Another great one gone to be with the Lord.

Coach Majors came to our house in 63 to sign my older brother to a football scholarship. Rip.