He decided to add that to his bracketology.

Hogs #16, third in SEC behind UK and Bama. He lists us as Final Four contenders.

On his preseason bracket, Hogs are a 4 seed in the East, where he has Michigan as the 1 seed. Moo U is his last team out. St. John’s is in the First Four. LSU, Florida, UK, Bama, Auburn and Tennessee also in the field (that would be 8 SEC teams). 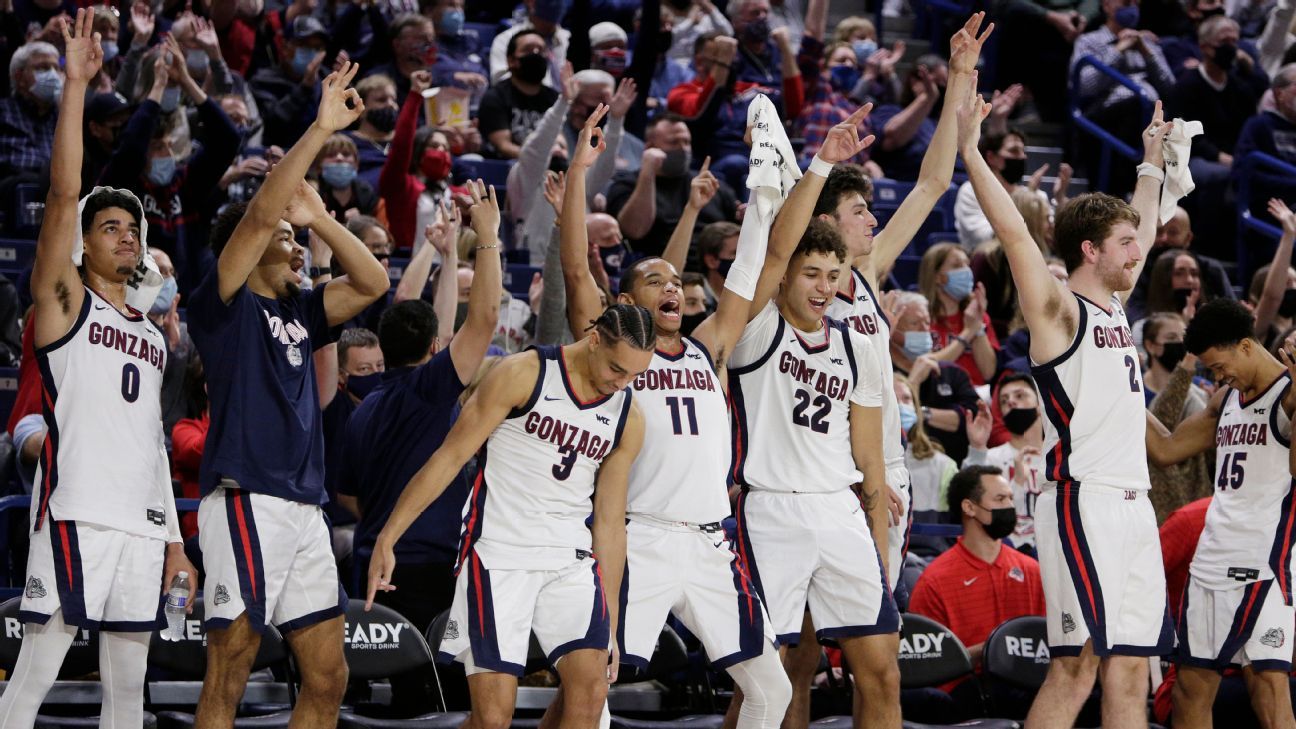 The road to New Orleans starts Tuesday, and we ranked every Division I program looking to punch its ticket to the NCAA tournament. The 2021-22 college basketball season is upon us at last. Gonzaga is (again) the team to beat.

(that would be 8 SEC teams)

He is showing 8 for the SEC, but unless he’s counting MS St for some reason, he has only 7 SEC teams currently IN the tournament. On his list of number of teams by conference, he’s got the SEC 8 but listed after the BIG1 with 7. I’m guessing they reversed those 7 and 8 by mistake.

I thought I had checked the list and found 8 but I guess not. LSU and Florida in the West, Tennessee and Kentucky in the Midwest, Hogs and Auburn in the East, Bama in the South. That’s 7. Maybe at one point he had the Leghumpers in the First Four and then switched them out.

Future SEC members: Texass is in the field, Mobilehoma isn’t (in the first four out with Moo U). Neither is Okie Lite, which of course is in NCAA timeout.