From The Associated Press: 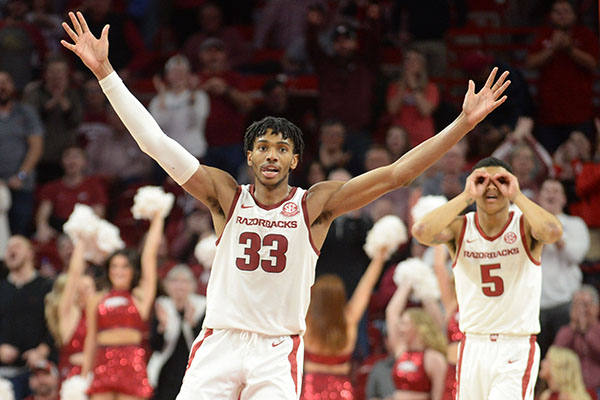 Annelle Whitt only had her son's best interest at heart when she looked Eric Musselman squarely in the eyes and issued a simple ultimatum.

It’s really cool that JWjr returned to Arkansas. I get it that he’s here because of Muss, but it’s neat. And this week, er weekend, it’s really great that he just sunk 30 against Vandy…that certainly has given Kentucky a lot to think about.

Back to Jimmy, he’s been as classy as any senior we’ve had in years. So, glad he returned and has so well-complemented what MA left.

JW just doing his thing. He knows how to score & play defense and how to lead.

Jimmy is perhaps the biggest reason why this team has exceeded expectations. We all knew what Isaiah and Mason can do. No one expected Whitt to be that automatic on midrange jumpers, rebound, play defense and provide leadership like he has.

pected Whitt to be that automatic on midrange jumpers, rebound, play defense and provide leadership like he has.

As ugly as his free throw shot is, he has become consistent with the motion, which has resulted in a big improvement in percentage. I believe a coach here must have worked with him, without trying to make a drastic change in his motion.