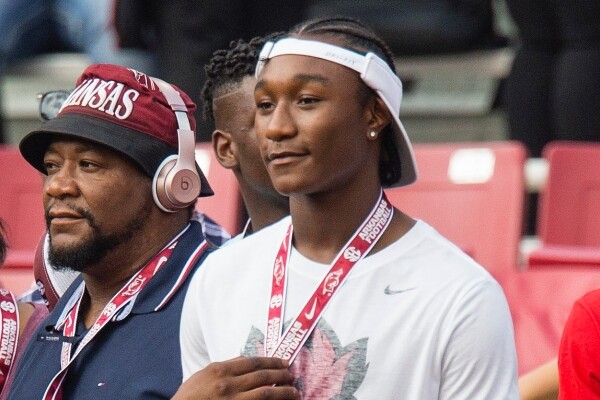 Jaylon White was the last of 12 in-state prospects Arkansas offered in the 2022 class, but the Razorbacks have since made him feel like royalty.

Why in the world are they dropping Jaylon? Don’t get it. Bet it bites them in the backside.

Good question Jackson. I can only speculate based on RD’s comment in another thread pertaining to the cookout today that they didn’t have a spot for him. If so, leads me to believe they already have silent commits from more higher profile players at his position? Just guessing here but might be the case.

Arkansas should have offered him earlier.

And once it did, he should have committed.

Everybody knows there are limited spots left in this 2022 class - they don’t have 25 and apparently only 21 or 22 - and only so many for LBs and DBs.

The staff obviously has enough that have said yes - be it public not or yet.

does he project as S or LB?? seems to be more like SS/hybrid LB or in old days of rovers that might have been his position. S seems stackes and not sure how he projects as LB.

He was being recruited by Arkansas as a linebacker, who likely would have been a hybrid type

The now public addition of Crook shows the reasoning behind it