Nice mention of freshman safety Jayden Johnson in today’s Razorback report. Although a 3-star, note he was offered by OU. At 6-3 (up from 6-2 listing on 247 sports) and 220 lbs, he is the prototype for growing and moving to linebacker. As we are losing several seniors at that spot, could he be needed there over the next couple of years? Is he still growing? It would be great to have a fast, 6’4" 240 lb linebacker behind an improving defensive line.

Clay has mentioned on our podcast that he could potentially grow into an outside linebacker. It might depend on how he or others develop at safety.

Clay’s comments can be found at the 7:50 mark of yesterday’s podcast. 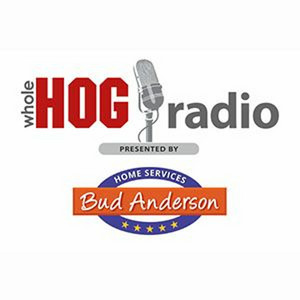 Listen to this episode from Whole Hog Radio on Spotify. Arkansas Razorbacks defensive coordinator Barry Odom spoke to reporters for the first time of the preseason Thursday. In this episode, Scottie Bordelon, Clay Henry and Matt Jones dig in to what...

Possibly, but there is also a need for Atwater types back there

It’s encouraging to see actual size and numbers on the rosters. With so many upper classmen it is imperative that recruiting goes well year after year. Sam has the trust and confidence of recruits and parents and it seems he hires assitants that do also. This coaching staff is much more well-equipped to handle the rigors of the SEC than the previous two. Morris’ comments about lighter and quicker offensive linemen seemed more like a make do excuse than something he truly endorsed. It just doesn’t work. You can’t break the laws of physics. Too often, those big guys are as quick as your smaller guys, especially in a 3 to 5 yard burst. Bielema didn’t understand the SEC, yapped too much, lost focus, and lacked flexibity, among other faults. He never really belonged.
I can’t wait for the season to start to see if there is real improvement, or if it is a mirage in this toughest of schedules.

Evaluation is important. But so is development. I think I trust Sam on both these areas. If you are good in both, then retention becomes easier.

A few years ago, I took the list of postseason first-team football players and looked up their “star” ratings coming out of HS or JC. The average was about 3 stars. One year the average was about 2.8. Lots of those players had no rating by the recruiting analysts or maybe just 2-3 stars. Coaches know much more about the evaluation, development, and performance process than analysts do. (No offense intended to the football recruiting industry’s analysts out there.)

I think Festus could rate horse stock. Love that Avatar.

But I prefer a good mule - one that can pull a deep turning plow all day without giving up, then be nimble enough to jump a fence. That’s what our OL needs to be, not CCM quarter horses.

And, they must CARE. Clay, you addressed this issue about caring last year in your wonderful story about Coach Tommy Brasher—my HS football coach.(Can’t figure out why he’s not in the AR Sports Hall of Fame. He’s a football legend.) I hope he gets to see this year a tough, mean bunch of Hogs who care about winning again. Looks like CSP has a plan to do that.

Clay, would you please post a link to that article?