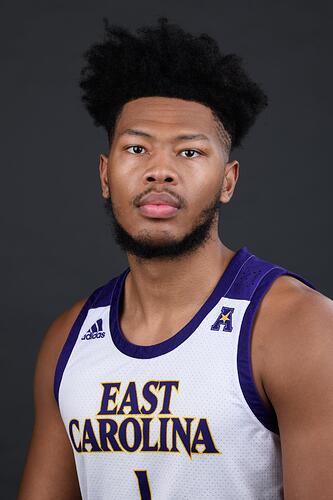 I’d say he could play the 4 or small-ball 5. All-conference in the AAC. But ECU stunk last year and he wants to go somewhere he can win.

Looks similar in size to Smith. Powerful build. Great stats.
Muss will know if he is a fit. Personality has a close tie to team chemistry. Fit is important.

ECU did not live up for the year, but the one time that I watched was when they beat the Coogs and looked great. Cant say I remember Gardner specifically, but I was watching to see Reggie and he did not have much of a game. Could have been Gardner. Sounds like a fit, but I do hope the AR high schoolers on the radar can come through since I think they do have the edge in motivation if from AR.

In the game between E. Carolina and Houston, Chaney had 6 pts. and 6 rebounds. Gardner had 21 pts. and 15 rebounds. So I think that he would be physical enough to score inside and help on the boards. He also had 4 assists and a blocked shot.
In reference to the AR High Schoolers there isn’t anybody in this years class that can fill that position. It would have to be the 2022 class.