Some I agree with, some I’m not sure, but worth consideration IMO. Rules changes, how to handle the transfer portal and NIL, etc. 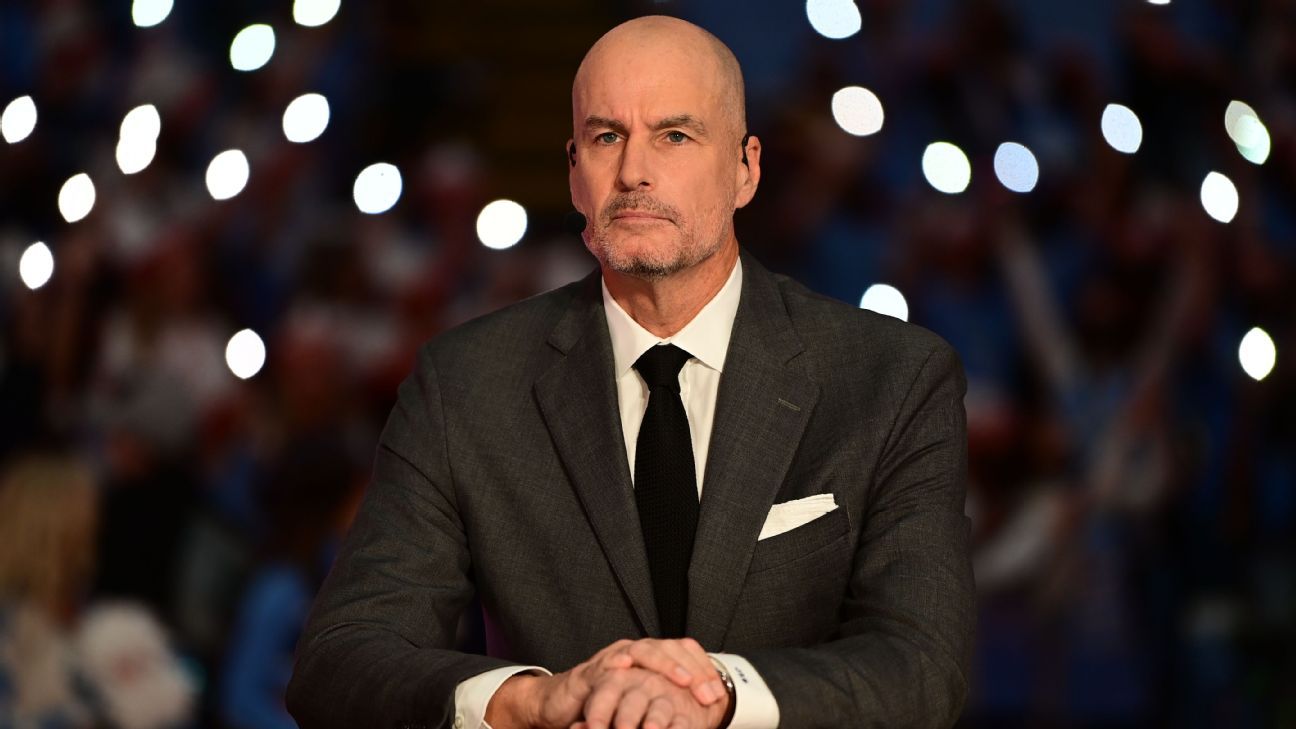 Bilas: The biggest issues facing college basketball -- on and off the court

College basketball has a huge moment this weekend, with major general interest in these matchups and teams. Here's how the sport must improve to keep the momentum.

I agree with some of his changes to the game, but found it odd, and embarrassing for him, that he didn’t mention Muss one time in regards to the best coaches to carry K’s baton. And who in the hell is Bob McKillop?

I think Bilas is too funny of himself. He’s a blue blood pumper. If it a foul the first few minutes of a game it’s a foul the last few seconds of a game. There was bully played for teams to advance.
Arizona beat TCU and the refs swallowed the whistle! Just like North Carolina over our Hogs a few years ago!
Call the game fairly and play ball

Bet you had to look that up.

No actually I didn’t, because I remember his name from when Steph was tearing it up as a Wildcat.

Didn’t Bilas and Yurachek have a run in on Twitter several months ago? I’ve always thought he might be a little anti Arkansas due to that.

I noticed Muss’ omission, but Bilas did mention that there were other outstanding coaches who weren’t named specifically on that list. Saturday morning he was saying that although he thought Duke would win, we were very dangerous and absolutely capable of pulling off a victory. Which in retrospect may have been giving us too much credit, although if Duke had shot 45% instead of 55% it would have been very close.

Rule changes. When did this ‘kicking your leg out on a three point attempt to draw a foul’ start? And watching some of the players dribble the ball, they are carrying the ball. Seems like it is getting worse. And how many steps can you take after you pick up your dribble going to the basket? What is a ‘Euro step’? Looks like walking most of the time.

I have talked to some “good” referees about some of this. They say that they are told not to interrupt the flow of the game with some of the calls. One specific thing, two players reach for a ball going out of bounds. In many cases, there is one player who can’t quite reach it, but he can hit the closer player’s arm. He reaches and fouls. Instead of calling the foul, they just give the team the ball other than the player that fouled. They don’t have to run over to the scorer’s table to give the foul – or shoot free throws. Well, its’ a foul.

You ever notice (I’m sure you do) how players are allowed to shuffle their feet while getting ready to take a shot from the perimeter?

Of course, palming or carrying the ball isn’t called anymore either.

As long as it’s fairly consistent, I’m fine with it.

Sometimes they do call that. It seems JD Notae got called for that some. Boy, he’s good at the head fake and the step to the side with the dribble. He’s gotten plenty of close outs to fly by him.