Jay Bilas has Hogs #1 in way too early poll 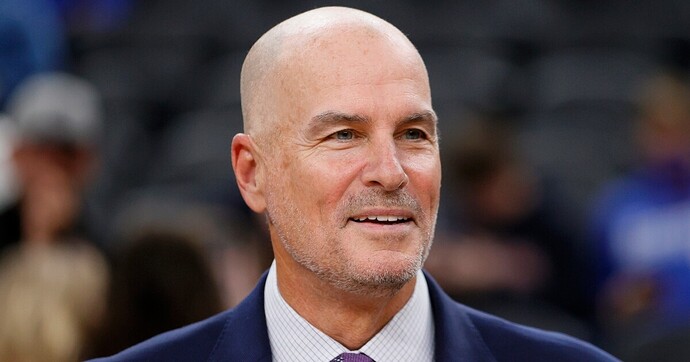 Eric Musselman has been relentless on the recruiting trail, bringing in the No. 3 class in the 2022 cycle. Three different On3 Consensus five-star prospects will be in Fayetville next season, with in-state shooting guard Nick Smith highlighting the group. Small forward Jordan Walsh has signed his national letter of intent, while Anthony Black recently made his commitment.

The transfer portal is also a place Musselman has excelled in before and won’t be afraid this go around either. It’s been two straight Elite Eight for Arkansas. They will be wanting to get over that hump and make their way down to Houston for the Final Four in 2023.

On the flip, if you want to talk about great recruiting, look no further than new Duke head coach Jon Scheyer. The top three prospects in the On3 Consensus are going to be Blue Devils. In what may turn out to be one of the best recruiting classes of all time, the storied program is going to keep its foot on the gas after Mike Krzyzewski retired.

A lot of what Kentucky does next season will be dependent on whether or not Shaedon Sharpe decides to. declare for the 2022 NBA draft or not. Originally a member of the 2022 recruiting class, Sharpe enrolled with the Wildcats early and gained the right to declare early. Next season would technically be his freshman year in college but if he heads to the professional ranks, a huge hole will be in John Calipari’s roster.