Is Jason still on IR? I find nothing on him on the team site for depth charts right now. 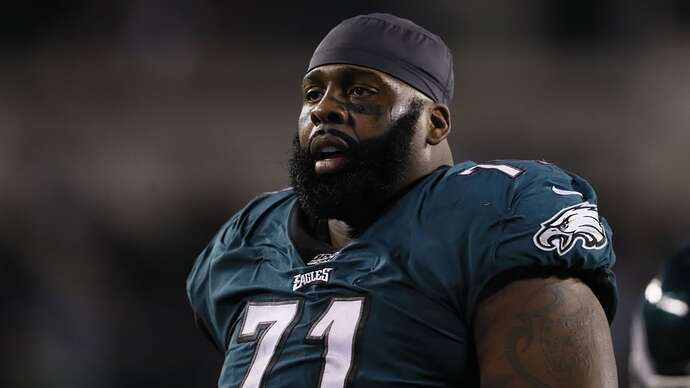 Veteran OL Jason Peters on playing an 18th NFL season: 'I still got some in...

Do the other NFL teams deem him healthy enough to offer him anything appealing?

Thanks, I am worried he might risk a bad injury by playing another year. But I realize one more year means something to him.

Do the other NFL teams deem him healthy enough to offer him anything appealing?

Beats me. The other question is if he wants to play bad enough to take a low-ball offer, and I don’t know that answer either.

Obviously I disagree to some extent. In my day a football scholarship was valued at about 750 dollars. But I do not agree a young man or woman who does not get paid for playing collegiate sports is getting cheated since many of them after college make millions playing the sport they developed in college.

But I will be 86 in August and my world is now ancient history.

I think someday we will return to the era where collegiate sports’ focus is more in line with the broader university.

Money will eventually be the current model’s undoing.

There’s only so long professional sports can reside inside universities.