Jalen Tate a 'calming factor' in win over Florida

Jalen Tate had his midrange game working, hit one of the biggest shots in Arkansas’ 75-64 win over Florida and was a calming influence for the Razorbacks late. 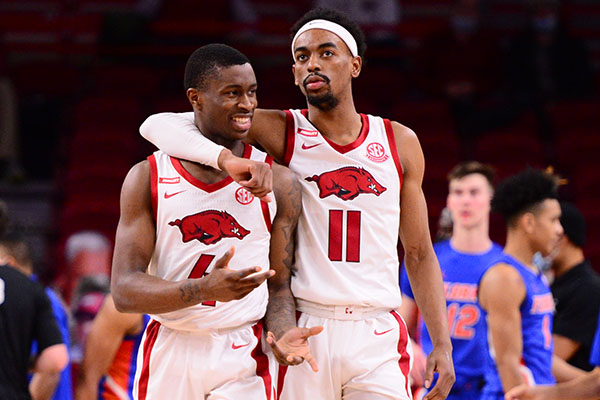 Tate a 'calming factor' in win over Gators

Jalen Tate had his jumper working Tuesday against Florida.

To me we are a different team when he’s not in the game on both ends, he can dish and score and is very good defensive player and rebounded. We are more in control when he’s playing IMO

He does clam things down but at times he can step out of bounds with the ball or just commit a silly TO! It’s like he forgets where he is at times. Then he picks it up and goes to the other end of the spectrum. He should pretend every game is a against Kentucky! That was a gear game for him.
One things for sure he does settle the team down. He made some big shots tonight.

Man, how I wish we could have Tate and Justin back for another year.