It's darn close to official OU/UT

Universities have put out a joint statement about leaving the Big 12. 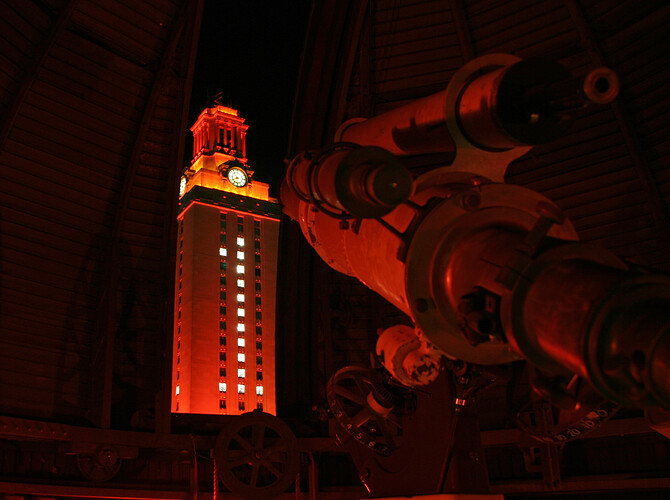 I think this bodes well for Arkansas. We will most likely restore a rivalry with Texas and perhaps build a new one with OU.

Plus, we now are in a great position to recruit against OKST. I expect us to do well for kids coming out of Tulsa if OKST is main competition. Would you rather go to an SEC school, the new SWC (assuming Big 12 adds SMU/Houston) or what if OKST goes to Pac 12? OKST just got relegated to Red Wolves status in the state of Oklahoma.

I think our recruiting in Texas gets alot better. The death or dwindling of the Big 12 makes schools like Baylor or TT less appealing. Kids are going to prefer an SEC option compared to the new SWC or the PAC 12. I see this as a win for Arkansas. All Yuracheck needs to do now is to use the vote to angle for better scheduling (less UGA/FLA, more UK, Vandy, TN) and perhaps the right 4 team POD and the Hogs will be sitting pretty.

You are probably could be correct about recruits; however, and it is a very big however, to get these recruits and to be rivals of texass and paper clip, they will have to start winning games against them (get their first chance in Sep). Right now, The Hogs are looked at as a breather and not considered on close to the same level. Start winning games and that changes in a big way. To do that in this age of paying players and Super Conferences, recruiting is going to have to get a whole lot better. It will be a big challenge.

I don’t see the SEC expansion hurting our recruiting much. Might help it. However, I think the major factor in recruiting is going to be the NIL. Recruiting might become nothing more than a bidding war. I hate to say it, but if it becomes that, we’re going to be in deep trouble against the top half of the new SEC. We can probably outbid or match MU, MSU, OM, Vandy, UK, USC, and maybe EOE-K. But Texas will always win the money battle. Bama will be a close second. I expect UF, UGA, LSU, & OU will pay well, too.

There won’t be cheating because the things we’ve always called cheating will be legal.

We have to hope to pick up some players who are more interested in “team” than “me.” I doubt France has near the talent the US Olympic basketball team has, but I also bet it was more of a team while we were more a collection of talented individuals.

I would like for the Horns and Sooners to get the privilege to play Bama, Florida, Georgia, and LSU for their out of pod opponents. They need an unfiltered dose of SEC football. The Hogs and Aggies would love to help welcome the Big 12 teams to the SEC. I think that OU and Texas will be good for the conference and they will just reinforce the strength of SEC football. They will find that the weekly grind does require a different focus from just having a few conference games that can challenge them.

I just hope the SEC treats Texas no better than it treats anyone else. Texas is used to calling the shots That has GOT to stop. No more bevonet. No more unequal sharing of TV revenue. They can be just like us or Vandy. (I know there’s a view that Bama runs the SEC, but I’m not convinced of that. I do know Tex ran the SWC & the Big 12).

The only difference in revenues among the schools ought to be in whatever gate & donation receipts they can generate. Playoff money, TV money, etc needs to be equally split.

They are winning in recruiting in Oklahoma already. And some in Texas. I believe this really helps in recruiting in both states against the likes of Baylor, TCU, Texas Tech and others that try to recruit Texas (like Nebraska, Colorado and many others). The SEC brand just got stronger in both Texas and Oklahoma.

I doubt France has near the talent the US Olympic basketball team has, but I also bet it was more of a team while we were more a collection of talented individuals.

One of the French players (Evan Fournier, who plays for the Celtics) said the US had better individuals but the French were a better team. I can’t disagree with that.

US had better individuals but the French were a better team. I can’t disagree with that.

Pops appears to be the wrong man for this job. What’s his M O? Fundamentals and teamwork/ ball movement. Those are things that the US national team just isn’t going to have a clear advantage in against international teams that have been practicing together forever with the US as their target. A team thrown together in a period of some weeks with a bunch of individual talents isn’t going to pull off the popavich ball movement chemistry or out fundamental the international professionals in today’s game. Coach k had it right to rely on our athleticism and individual talents to speed up the pace and run these fundamental international squads out of the gym. This brings me to a brilliant conclusion about who would be the ideal next coach for the US national team. Yep, Muss Bus baby