Vandy, according to a source.

Source said Arkansas did not offer.

I gave up about 10 days ago, when it was clear that Muss did not offer. I am glad he chose Vandy over the others that showed interest. Should be a good fit for him, if the Jerry Stackhouse experiment works out for the Commodores.

Well that stinks! The hogs will have to face him on the court.

I agree about Vandy. A degree from Vandy will be very valuable in life after basketball. All the best to Mackey.

Looking back I wish he had committed to Arkansas when Anderson was here. I still think Arkansas was the best place for him, knowing he wants to be close to home.

Yes, Anderson offered right after Bill Self offered. Remember he caught a lot of flak for not getting his commitment. It was considered a recruiting failure like Monk and Allen.

All P5 schools were late. 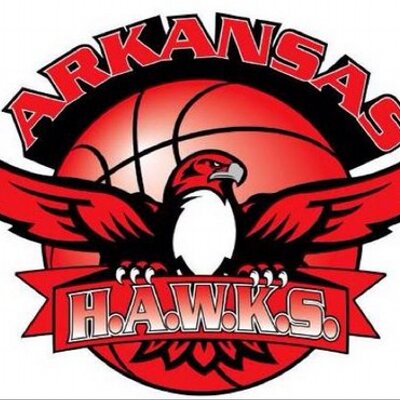 Doesn’t matter. It will be counted as a miss in future discussions if things don’t go well for EM.

PJ, is there something we’re missing here? Mike slow played him and he signed with Kansas then abruptly left with no real explanation. Now Muss doesn’t offer. Strange deal to me. He sure looks like a talent.

RD, your Demozette article today says that he had an offer from Arkansas. Did he or didn’t he? Never mind. Reread it. This offer was the first time around.

Since you asked, my take on this that nobody may agree with.

Mike had received a commitment from Justice Hill long before anyone had heard of McBride and before we saw that McBride was a much better player than Hill.
For variety of reasons that we all know of, Mike found himself with no available scholarships for 2019 unless someone like Gafford went pro.
So, Mike with his policy of not oversigning, wasn’t recruiting anyone for 2019.
Entering his senior year, McBride only had scholarships from schools like UALR and no P5 offers. So, no one questioned why Mike wasn’t recruiting McBride.
Then McBride exploded and TCU offered, then Auburn.
Around this time, Mike figured out he needed quality bigs for class of 2019 since Henderson, Gabe and Bailey were not quality enough and Hogs needed to make NCAAT in 2919-20, since they did not in 2018-19. So still with no available scholarships, he was recruiting bigs and no McBride.
Then Kansas offered and that raised fan pressure to the point where Mike had to offer since his seat was hot. He finally made the offer.
McBride knew the offer was slow coming. He knew Mike had offered Hill before him. And there were reports that Mike didn’t remember Isaac’s first name.
Given that McBride said no to Mike.

Most coaches (Including Mike and Muss) don’t like too many 6-1 guards.
Muss didn’t want both McBride and KK since they are both small guards
Muss prioritized Moody for the 2020 class as he should.
It is well known that Moody and KK are good friends.
Many like McBride more than KK and think McBride is a better choice.
But because of Moody, Muss went after KK and did not offer McBride

That is the way I see it.

But because of Moody, Muss went after KK and did not offer McBride

I agree with this,

But I’m one of those that liked KK over McBride

So, Anderson was crucified for offering him late and Muss not offering him at all gets explained away. I get it.

So, Anderson was crucified for offering him late and Muss not offering him at all gets explained away. I get it.

I think the primary reason Muss is not getting heat on that is that he has a Top 5 class lined up. Same reason losing Chris Moore is no big deal.

Thanks PJ. That makes sense to me.

Sounds like MAs previous misses led him to scramble and miss a chance to get McBride. Maybe his loyalty towards his players on hand cost him when he might should have revamped his roster some. I hate missing on McBride. I like guards who can really shoot. Good luck to him.

Sounds like MAs previous misses led him to scramble and miss a chance to get McBride. Maybe his loyalty towards his players on hand cost him when he might should have revamped his roster some. I hate missing on McBride. I like guards who can really shoot. Good luck to him.

It is not the misses. It is Portis and Qualls leaving early, Williams being dismissed, having to go after Jucos like Macon and Barford and you are right, not throwing players off the team that puts classes out of balance and you could end up with no scholarships available in a given year.

That happens to all coaches if you coach long enough at one place. It happened to Bob Huggins as well that I remember. I remember that particularly because they talked about it during a TV game.

I think the only way to avoid that is to get rid of some players, which as you said Mike doesn’t do. And I respect Mike fir that. If I was parent of a player that is rated three star or below, that is what I want from a coach.

I am sure you will ask, whose fault is that. Of course, it is coach’s fault.

BTW, if McBride hadn’t blown up, no one would have noticed because 2019 was a weak class in Arkansas. Mike almost had it right, except McBride blew up.