Because of an estimated loss of $100 million in revenue due to the pandemic. And that’s with all the Big Ten Network bucks. All will be played in their upcoming season, if there is an upcoming season, but none will be around for 2021-22. Men’s gymnastics, men’s and women’s swimming, and men’s tennis got whacked. That leaves the Hawkeyes with 20 varsity sports, still one more than UA.

It may get to the point where only the men’s sports which make money are kept, which are probably 2-3 sports. Then, of course, you have to keep a couple of women’s sports going to comply with Title IX.

Do these Athletic Departments go to the bank for a loan? I wonder how they finance these huge losses. I would guess they cut a bunch of sports and slowly add some of them back as the years pass. The Golden Age for all these college sports teams for men and women is probably over. I guess things may come back to going to college to get an education. The emphasis on sports had gotten out of hand as had the facility expenditures. I didn’t think so, but I guess Senator Pryor was right on the stadium expansion deal.

I wonder how this might change professional sports? This should be interesting.

Correct me if I’m wrong, but doesn’t Title IX require an equal number of men’s and women’s sports?

I think it requires the same number of scholarships, total number.

That’s correct. Because of 85 football scholarships, the women have more scholarship sports than the men.

I never have understood that. Who says women can’t play football?

There are some women kickers in a few smaller schools. Very few, but 1 or 2. But when you’re talking about the elite level of athlete—bodily strength & speed, etc—at the D1 level, there’s gonna to be almost zero women who can compete with men in a sport like football. Even an unsophisticated observer can see the difference between mens & womens basketball.

That’s like saying why not put women in combat units in the Marines and Army. I’m not talking about pilots, even fighter pilots, where a woman could certainly do a good job. But even that doesn’t compare to one against one on a football field. It would be carnage. Even an old Bobby Riggs vs Billie Jean King in her prime had to give up significant handicaps in their tennis match years ago. What a hoot that was.

Time for big donors to step up and the conferences to support all of the schools through these tough times.

Recalling Riggs vs King was fun

I saw that U of Nebraska is furloughing 70 athletic department employees.

I thought you might be, but wasn’t sure since in fact there are a couple of women kickers.

I have seen a couple articles about womens flag football being tried.

And there was the Lingerie Bowl.

Title IX is kinda tricky. It requires proportionality, which may or may not be equal numbers. Almost nobody has equal numbers in FBS because of the 85 scholarships for football; IIRC the highest scholarship limit for any women’s sport is rowing, believe it or not, with 20 (Texass has rowing, probably for that reason). Nobody has ever really been cited for T-9 violations but nobody wants to push it because if your school loses federal money it’s dead.

An institution must meet all of the following requirements in order to be in compliance with Title IX:

And the eleven provisions are:

Other benefits: Title IX requires the equal treatment of female and male student-athletes in the provisions of: (a) equipment and supplies; (b) scheduling of games and practice times; © travel and daily allowance/per diem; (d) access to tutoring; (e) coaching, (f) locker rooms, practice and competitive facilities; (g) medical and training facilities and services; (h) housing and dining facilities and services; (i) publicity and promotions; (j) support services and (k) recruitment of student-athletes.

I looked up what Iowa saves by cutting those four sports. The combined scholarship limits are 34.7 scholarships. Of course they also get rid of coaches and support staff too.

All sports who don’t pay for themselves should be eliminated. Time for real solutions to real problems. It never should have happened in the first place. The WNBA is another sport that should be gone. A sport or team should stand on its own financially. Not everyone can be the post office.

The WNBA is another sport that should be gone.

If the NBA wants to finance the WNBA, what is it to you? How would you prefer the NBA spend their money?

All sports who don’t pay for themselves should be eliminated. 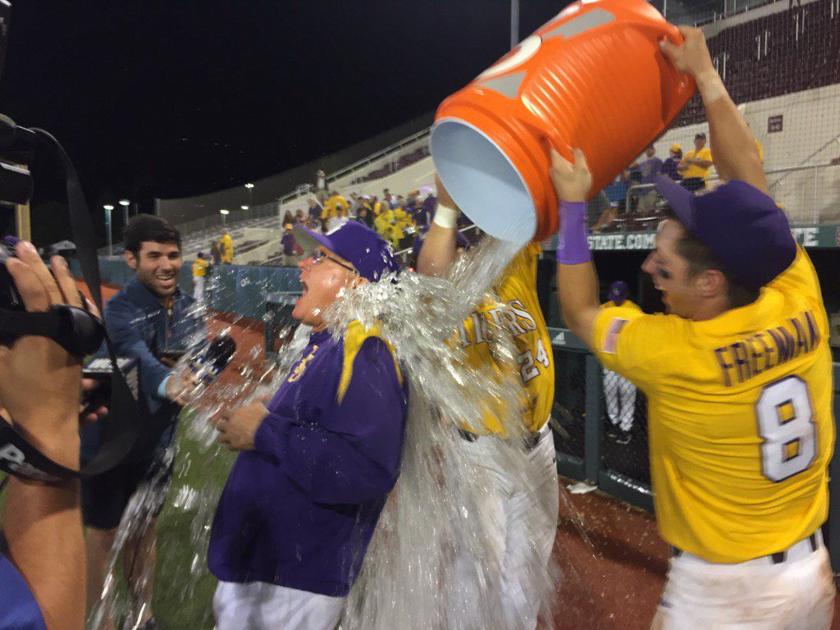 This is a good time to be a college baseball fan.

If this were to happen, the Arkansas baseball team would be able to play about 10 series or less a year. I’m guessing you don’t want that.

The WNBA is a business. Right now I doubt if MLB is making a profit, Many small restaurants are going out of business, so what does that have to do with collegiate sports.