I spoke to Nate Thompson this week about his lineup. Here are some highlights: 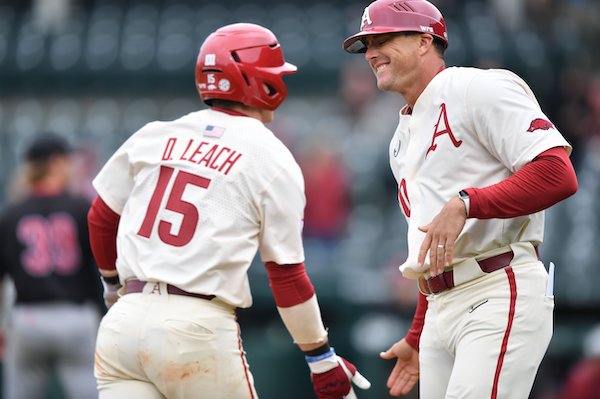 Razorbacks finding success at the plate

Arkansas’ lineup appears to be heating up with the weather this spring.

Thompson is right. We were more aggressive early in the count we didn’t take near as many pitches right down the middle of the plate early and we made them pay for it(thank you webb) I hope we continue that the rest of the year if we do we’re going to be hard to handle.

It appeared to me that both Ole Miss and Aubie’s pitching objective was to throw and get that first strike, sort of on the assumption that we would take everything.

I think everybody’s objective is to try to get the first strike .I don’t know too many people who want to get behind in the count intentionally and then have to throw a strike college pitchers usually don’t have that kind of control.