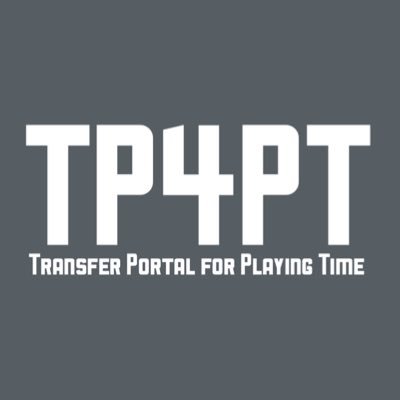 @TP4PT
2021-22 Transfer Portal Stats 1 out of 12 players who transferred this year went up in the portal, the rest transferred lateral or down. 46% of NCAA players who entered the portal this year will not play NCAA basketball in the upcoming 2022-23 season. #TP4PT #TransferPortal

This is sad for those kids. Grass isn’t always greener

46% will not play NCAA basketball next year, that is the stat that shocks me.

The fact that many went “down” (not sure how they are defining that, if that means went from say, UA to ASU, that is down, or do they mean from D1 to D2?). I figure a lot of kids are transfixing to get playing time. That would mean, for many, going to a lesser school and I figure they knew that going into the portal.

And what is “lateral?” Is a kid going from Iowa State to Arkansas a “lateral” move (both schools are in major D1 conferences, or “up” since UA is the better program right now.

One thing I learned a long time ago “define your terms.”

That’s a good question, my first thought was Graham and Brazile would be lateral moves. Council and the twins? Up?

Remember the portal is also where all the guys go now who have been told they will not be getting any playing time at their current school. A lot of those guys just can’t play at that level, and more than a few can’t play at most any level for one reason(often not related to basketball) or another.

I do think more guys leave sooner and at all because of the portal, but it’s also kind of an aggregate destination for everyone with a real or perceived problem with their current situation, a lot of which were not going to improve next season.

How many that enter the portal go on to play professionally?

How many enter because they are shown the door? Probably not many and I bet most that are
In that small % are assisted in a landing spot.

Don’t over think it.

Definitely a case of musical chairs; not enough chairs for everyone playing the game. But also I think a lot of those 46% just really can’t play, and they may have been nudged out by their original school that “you really need to find something else, because you’re not ever going to get minutes here.”

My guess is he’s defining transferring down as, for example, what Connor Vanover did going to ORU. Whereas Kamani and Jalen Tate transferred up. AAC is a pretty good league, but so is the A-10. I’d guess that Council and the twins would be defined as transferring up.

I asked him on Twitter to define that. We’ll see if I get a reply.

We definitely have some one of 12 guys. Thankfully.

The Twins have come full circle. Their first transfer was down (MD to RI). This transfer was back up (RI to AR). Hopefully, they are back where they belong. One thing for sure, Muss has done well with all transfers, up, and lateral. Sure he’s missed on a few, but overall, he’s been amazing. Since he’s been here he couldn’t have a transfer that would be considered down. He’s got us at the top of the heap.