Washington is switch hitting this summer in the Perfect Timing League in Springdale and hit homers from both sides of the plate Monday. He is in the transfer portal, but says he isn’t sure whether he will leave the Razorbacks’ program. 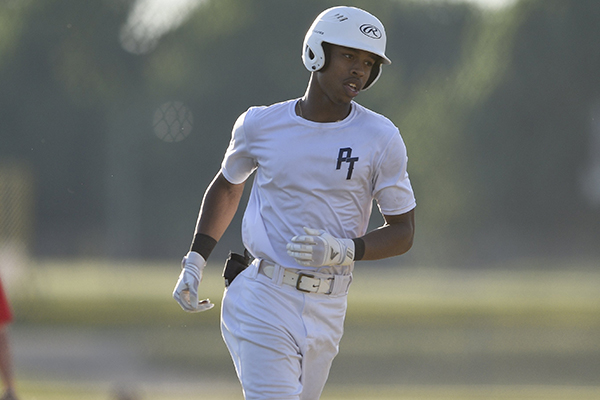 Curtis Washington tries switch hitting as he ponders what's next

Curtis Washington Jr. said the coronavirus pandemic gave him the opportunity to work on his hitting from the left side of the plate.

I really like him but we’re bringing in so much talent not sure if he will be able to play much.

I’ve always liked him as well. I never understood why he hasn’t had more playing time. His stats are pretty darned good in the limited opportunities he has had I think.

Who would you have taken out of the lineup to put Washington in more? With Kjerstad, Fletcher and Franklin, the outfield has been really good while he has been at Arkansas and that’s why his opportunities have been limited.

He’s had some success when he has played, but a lot of that playing time has been against nonconference teams in midweek games. I wrote something last year about most of the success he had coming on Tuesday.

I hope he comes back! We need him!

I hope he comes back! We need him!

I like him, a lot. Hope he stays…the problem is he lost half a season,. but cost him a critical year. The good news, for him, HK is gone.