Nicole Auerbach at The Athletic put up a CFB mailbag this morning. One of the questions was basically, if/when we wind up with a Power 2 (SEC and B1G), will there be greater parity within those two conferences than there is now? The basic premise of the question is that a Mississippi State or a Rutgers would have much more resources than an Iowa State or Georgia Tech and be able to outrecruit and outhire the schools outside the Power 2, even if they don’t get up to Bama-tOSU level. Nicole said she couldn’t disagree with that idea.

Some other interesting stuff here if you wanna read. 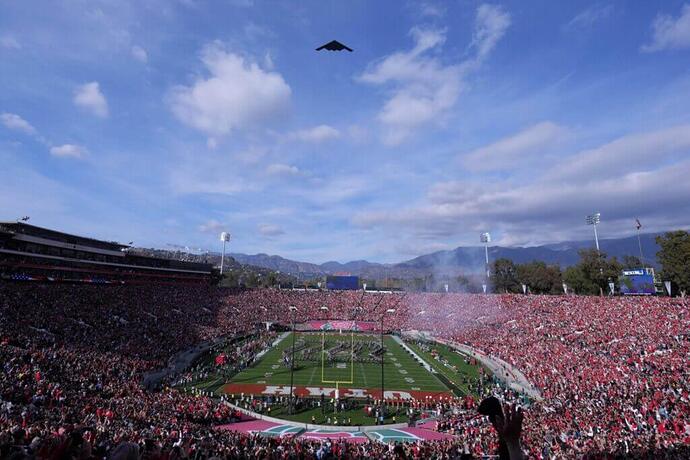 Ask Auerbach: How will college football look by 2026?

Is the regionality of the sport gone for good? Will the new Power 2 see more parity within themselves? And more on the Big Ten's big move.

What I’m curious about is this: has there been any shift in recruiting away from the schools that are not in the SEC or Big Ten?

Miami (backed by their NIL money, no doubt) has gotten commitments from several big-time players. A five-star QB recently committed to Oregon.

Notre Dame is killing it in recruiting right now, and they aren’t in either conference. (But, they are Notre Dame.)

It’s early on in this latest shift, obviously, but I’m not yet convinced that the best players will abandon schools not in one of these conferences. The biggest factor in the decisions of a lot of players still comes down to distance, and there will be some pretty good players outside the main footprint of these conferences.

Over time, maybe the money difference will create a resource gap that the other schools simply can’t overcome. But it’s not like Texas Tech is suddenly going to be poor. They announced a $200 million renovation to their football stadium last week.

I think it will be very interesting to see how it all plays out.

I hope there won’t be a big 2. I’d like to see 4 conferences that are more or less equal. Obviously, I’d like the SEC to be the first among equals or “more equal than the others”, but still not two really weak ACC’s or Orphan 12’s. If I were running things & had to take the current (or about to be current) BIG & SEC conferences, I’d move W.Va. to the ACC & merge the Big 12 & Pac 12. (I’d also drop the numbers from the names of these conferences. Those no longer mean anything. I know that’s not happening with the Big 10, but at least everyone knows that number is just part of a name, not a description of the size.)

Maybe something like Western, Eastern, Midwest, and perhaps Southeast.