In case your blood pressure is too low

This clown attempts to predict the score of every game of all the Power 5 teams.

He envisions a 5-game losing streak for the Hogs in the middle of our season, including to BYU, but his math is messed up because he has us at 3-5 in the SEC (5th in the West). 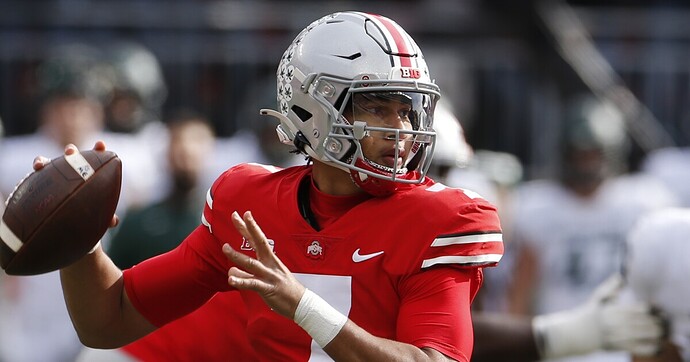 J. Brady McCollough and his friend Sam pick the winners of every Power Five conference and predict who will win the College Football Playoff title.

Wally Hall’s basement is getting crowded with these guys.

That dude has more credibility than _ally _all. Which is telling.

Those are reasonable away game predictions or games in which the Razorbacks will be underdogs. Nothing out of the ordinary. Then again, nothing that can’t be overcome by solid play.

They must have corrected–I see them having us at 4-4 SEC which would put us at fourth in the west–they still have MSU at fourth with a worse record.