Beginning in the 2022-23 season, men’s college basketball officials can assess a technical foul to a player who fakes being fouled: 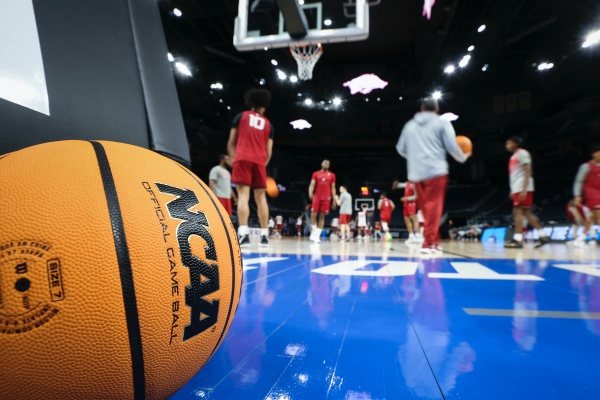 Men's officials can issue tech for flopping in 2022-23

Beginning in the 2022-23 season, men's college basketball officials may assess a technical foul to a player who fakes being fouled.

Shame they can’t do that in football. Kiffin couldn’t field a team.

Well, they just took the toughest call in basketball and added another layer of subjectivity to it.

Looks like they also snuck in authorization of an additional scheduled media timeout in the second half under the guise of ‘helping the flow of the game’. Sadly, television will eventually make college basketball almost unwatchable.

We were at our grandson’s basketball game this week and one of our kids was called for charging right in front of us. My wife was livid that the opponent could jump in front of our guy and get knocked over while we get the foul. I tried to explain charging to her. She was not buying. She said “it’s a stupid rule”.

I think that’s a fair assessment.

This rule will probably make her a llot happier. I doubt that charging will be called more than 5 - 10% of the time anymore, even in those cases where charging actually occurred, because:

a, It is a difficult call anyway
b. A lot of referees just can’t see the whole play without a monitor
c. Crowd influence and momentum
d. I think the tendency will be to keep their eyes on the defensive player now, looking for that heinous acting, and will, as a result, have little to no focus on whatever the offensive guy may have done.

Personally, I would prefer that they focus on calling the offensive player for a foul when he goes up for a shot and pushes the defender in the chest with his free arm.

The additional media timeout will replace a full timeout called by one of the teams.

I do hope a warning will be given first unless it is completely ridiculous and blatant.

Subjective calls just have a way of biting us far too often.

Thanks for the clarification, Swine. I wasn’t clear on that–to me it sounded like they were just trying to say the extra scheduled timeout was being used to discourage teams from using their allotted timeouts.

Nope, they get to sell beer and trucks five times per half, regardless of whether a team uses a timeout or not.

College game is headed to the pro standard on charges, you have to be driving a truck to get the call for the defense.