Im sure it is not just me

I don’t believe this team is done yet.

Difficult stretch is coming, certainly, at Tennessee then home vs. MSU before traveling to Florida. Need to protect your home floor this weekend and try to grab one of those on the road. Tennessee is the likelier of the two.

I’m looking at the final 5 games, too, which I think are all winnable - vs. Missouri, vs. Tennessee, at Georgia, vs. LSU, at Texas A&M.

Arkansas should be able to beat Mizzou and UT at home. If not, they don’t deserve to dance. LSU is obviously the toughest game in that run. UGA and A&M are games Arkansas can win on the road. They’re pretty average. A&M will have played MSU, UK, LSU and Auburn in the four games prior. That’s brutal. Georgia, even with a lottery pick, has lost 8 of its last 10 in the league as of now.

Great chance down the stretch for valuable road wins and key wins at home. That’s probably a glass-half-full look at it, but like others have said, Arkansas has been in every game this season. For now, I’m sticking with that continuing.

I like the way you think, Scottie. Go Hogs!

As a coach, having a team in contention with 2 minutes to go should be what you want every night.

Every coach will agree with that.

While I would guess they won’t make it into the dance, I think some of you need to come in off the ledge.

They are limited team who has left it all they have on the court.

HogStats noted today that this is the first team since 1978-79 that does not have a double digit loss.

I would have guessed before season would have had five or more of those by this time. 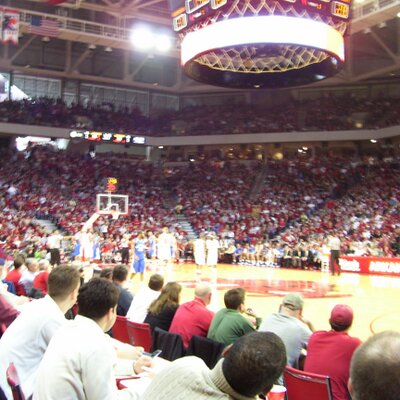 CEM has done a fantastic job this season considering what he had to work with. I believe this team is a bit worn down. Joe getting back in a couple of weeks will help. Will they make the dance? Chances are dimming, but not impossible. I’ll take the NIT if we get enough wins. But the good news is that help is on the way. This will be a different team next season.

I would agree with you Scottie normally except that without Joe we are more than 20% down as a team on offense.

If anybody can pull it off though, this team and its coach can.

Man! I wish HogStats hadn’t brought that up and you hadn’t posted that here.

The only double digit loss we had in 93-94 was to Kentucky in the SEC tourney in Memphis. We had lost 2 games by a total of 3 points up til that game, and we had beaten Kentucky at Rupp earlier that season. Honestly, we probably needed that loss to win the National Championship. We re-focused after that game, but I don’t know how many teams have ever beat every team on their schedule, at least once, since we did it that season. I would be interested to know if anyone, other than Indiana in 76, has ever done it.

Let me guess, you think the uniform color plays into winning or losing?

It absolutely does not, however I hope we never wear anthracite or running hogs on the front of our uniforms ever again. Slobber Hog I’m ok with.

Our ASU anthracite needs to go the way of the do do bird.

Ncaa Nitty Gritty sheet with all teams has Arkansas non conference in top 20 toughest. Those 9 wins vs quad 3 teams offset the four quad 1 losses to keep our q score overall above 1. Ncaa team sheets and net rankings are available daily at ncaa.com net rankings and below that list is team sheet link to what selection commitee is looking at regarding your team. Hogs non conference is what gets them in if they can het to 10-8 sec despite injuries. Sec 9-9 puts you in an sec 8 v sec9 elim game at sec tourney. Loser goes to NIT like Ark v Fla last year. Hogs woulda played Nevada in ncaa instead of Fla. Hogs get it done as sec doesnt have teams at level of last year’s Auburn, Tenn and Ken. Hosting MISS St, Tenn and LSu and winning gets us in easily but Aggies bothers me as ugly loss in College Station.

I think we’re going to continue to see both anthracite and running hogs from time to time, as long as we have the Nike contract. We seem to wear anthracite every time we play at Misery for one thing. I can live with either. What I can’t live with is FFH, and I’m disappointed that the soccer team has incorporated FFH into their logo. 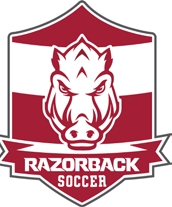 I’m trying to find out when our Nike deal runs out. Might be at the end of this year. We signed up for five years in 2010, then extended that (for another five?). @MattJones can you check on that?

Agree, Swine. FFH is the worst.

The last time I checked on the Nike contract was a long time ago, but at that time it ran through 2023.

I noticed that a lot of the baseball stuff has the FFH on it.

Speaking of which, has anybody seen where some of the baseball shirts can be purchased? I’ve looked all over and haven’t seen black ones that just say Arkansas Baseball with the Nike swoosh.

The last time I checked on the Nike contract was a long time ago, but at that time it ran through 2023.

OK. Doubt it’s been extended since then but maybe so. Adidas might make another run at us, since they only have two SEC schools (TAM and Moo U).

I noticed that a lot of the baseball stuff has the FFH on it.