Beau Limmer at RG is playing VERY WELL,had several pancake blocks and is much more physical than Clary(He and Marshall last yr were strongest guys on the team),He never stops driving his feet until the guy is on the ground or the whistle blows.He played twice as many snaps Sat so it may be happening soon.

I do think Clary is better than Latham,would like to see him there but he hasn’t worked there so it’s probably not going to Happen.

I really wish we had a top notch C so Stromberg could play OG,him and Limmer are hurting folks out there and I LOVE it!!

Stromberg is still a work in progress on the snaps but as far as blocking he’s cleaning up the middle.

I saw Brady get chucked the 1st drive and thought, “Oh boy, we’re in trouble.”

Good to see I was wrong.

On the podcast today, I think it was Scottie who mentioned that Limmer was the best OL in america on some grading site. maybe you’re on to something.

btw-I watched the replay last night, and the best part was watching 93 and 99 destroy their center, and watching Rickey block a DL and move to block a LB-same play-over and over! So impressive!

Pittman said today he is going to get more playing time. I’ve linked the video to his comment on Stromberg. 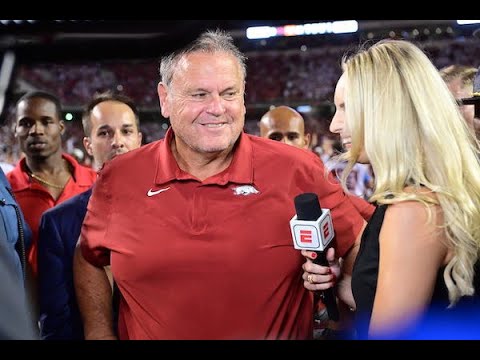 He’s playing very physical the first two games that’s just his style, he only knows one way and that’s to put you on your back.

Limmer’s only issue has been staying healthy. Really, that’s been an issue for Clary, too.

They will both be needed. It’s not a bad thing to have players fighting for playing time. Competition makes the world go 'round.