If you would have told me

Back in December when we hired Pittman and before COVID-19 that we would be 2-2 really 3-1 I would have laughed. I believe we probably got the best coach. I do believe Kiffin will be successful at Ole Miss and Sam will do likewise at Arkansas. The other 2 Leach and Drinkwitz I am not so sure of.

Bottom line I am glad we we have Sam. He was the best of the best. We have to thank HY for making 2 great hires in Sam and Mus.

And some of you clowns wanted Kiffin.

I was all in on Pitt from the get go.

I am so thankful we have Sam, and shudder to think what it would be like if we had hired Leach…, Cheers to HY!!! That would have been a disaster, talk about going from the fire to the frying pan… WPS!!

I wanted Kiffin and felt he would do really well here. He will do well at Ole Miss, I think. So far, Sam Pittman looks like Knute Rockne. This team just plays so danged hard every week. Somebody is doing one heck of a job in preparing our team.

I wanted Kiffin initially. Very glad we got Pittman. But the key here was the Odom hire thanks to CSP. Any other new DC this year and we would be skunked at this point and in misery.

True words…our offense, while better than last year, is not very productive!

How long do y’all think Kiffin will stay at Ole Miss if he is successful there? Can they afford to keep him? He’s a mercenary. Not that there’s anything wrong with that. It’s the name of the game in that business.

My vote for the most important consideration in this discussion

There has been talk in the Houston area that U Texas will make a run at Kiffin. Would be hard to turn down +$7/yr.

The entire staff is solid. Sam Carter is a terrific cornerback hire. I always thought Gary Patterson trained great corners at TCU and Sam is from that coaching tree. I do believe Rion Rhoades is doing well with the linebackers, but those guys have played some. I see what is going on at cornerback and I’m truly impressed. Odom coaches the safeties and that includes four who played a lot today in Simeon Blair, Jalen Catalon, Greg Brooks and Joe Foucha. They played Foucha in the box as pretty much an outside linebacker for much of the game. It was brilliant stuff.

AD Hunter probably doesn’t consider Sam if the ex players like Skipper and Swanson hadn’t gone to bat for him.

There has been talk in the Houston area that U Texas will make a run at Kiffin. 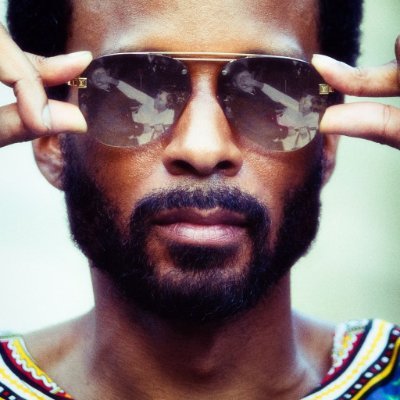 And the answer to Bomani is No!

Yurachek contends that he never saw or heard about the letter from Swanson/Skipper.

Rhoades gets extra credit, though, for taking two former walk-on types (Henry and Morgan) who looked slow and a touch small under Morris and making them look like legit LBs. Morgan and Pool look like contenders for All-SEC. But, they had the shortest depth chart on defense (TE on offense, which also is starting to look a lot better) and have cobbled together useful depth. Draper … not sure I saw him on the field vs UGA, so it must have been special teams where he got hurt? Was supposed to be a savior opposite of Pool. We’ve played quite a few and none looked over-matched.

The last thought - we’ve not played one player on defense that looked over-matched - is a huge compliment to the entire staff.

I don’t see Odom asking any player to do something they can’t do. Everyone says you have to play man in the SEC or you won’t have enough in box to stop the run. So far, that looks Ok as far as the zone schemes.

Draper was STs early vs. UGA.

He has already had surgery and is out for the year.