If you read today’s article about the women’s BB

tells me all I need to know about Neighbors priorities - they went to the tournament to have fun, not to worry about something meaningless like actually competing or winning a basketball game

I was taken aback by that too

I would say if Mike doesn’t win at least one NCAA game next year he is gone!

They play no defense. They need some toughness too

Hard team to for me watch.

This year has been a disappointment, and although the team faced setbacks from injuries and not disclosed illnesses, the coaching leadership seemed absent in the last six weeks of the season. I agree with the earlier comments including the message to improve. A significant increase in attendance should be a part of his base and performance incentives. Less than 8,000 for SEC games is a program embarrassment.

Exactly,he can bring in all the talent in the world and if you don’t teach fundamental defense and rebounding,he will get killed by the elite teams.I am not impressed so far.

Geez, I’m sure Mike just “stumbled” his way into the final four at Washington. Probably didn’t coach a lick that season.

Knowing Coach Neighbors as well as I do, I can’t disagree more with that assessment that he doesn’t and didn’t care about winning this weekend.

The man cares so much about winning - eats, sleeps and drinks basketball just as Coach Muss does.

The two teams did the same thing in Buffalo and Austin - took in some of the sights and experienced the venue.

Same thing as Coach Sutton made sure we did back in the day.

In danger of being fired?

Losing in the first round is not cool at all, but he has built the program back up.

A program that should have a great future. 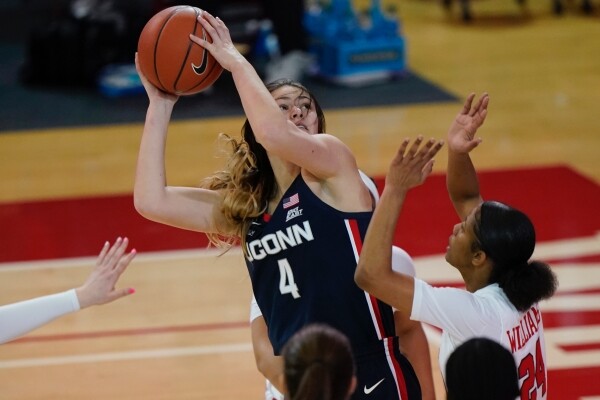 Like most coaches coming down the stretch of a college basketball season, Arkansas women’s coach Mike Neighbors is focused on the present and not the future.

I don’t watch that much women’s basketball but it strikes me as quite different than the men’s game. They don’t play above the rim, and the teams that can play AT the rim are rare (and elite).

Until you can play AT the rim you have to be elite away from the rim, which is the system Mike has run since he arrived.

I don’t know that he has the in-game adjustment skill that the finest coaches have, but he is very good at year-to-year adjustments. He needed a grad transfer to provide extra leadership with Amber R but opted for younger players, it appears. That’s his call, and maybe some of the inconsistency that frustrated us this year has to do with the youth/inexperience of the roster.

He had a mid-year opt-out/transfer didn’t he? That doesn’t help. Injuries have plagued his rosters the past two years.

I think we will see a very different performance next year, and might be surprised by the results in a favorable way. He is the best UA coach since Gary Blair, and regular trips to the tournament would be a step-up, for sure.

I agree with Youda……more hard nosed defense and rebounding will lead to more victories and NCAA success……just look at our men’s team.

There aren’t 8000 people who care about Arkansas women’s basketball, win or lose. I doubt we’d have gotten 8000 for the UConn game last year if COVID had permitted it.

Also, Muss took the team to Niagara Falls and nobody is claiming he didn’t care enough about winning the game.

You are likely correct…8,000 is probably too much to expect. How would you feel about an expectation of 4500 or 5000? That would be less than South Carolina,
Tennessee, Mississippi State, or Oregon State preCOVID but places us in, or if not, close to the top twenty range twenty-five in attendance. LSU has surged to the midseventies this year with Mulkey as Coach (and promoter). Kentucky is in the midseventies.

Omitted a response to the side trips. I don’t have a problem with the team taking side trips but it is not the reason the team is at the game site, and surely, we agree that players listen to what their coach states, and re-states in press conferences, interviews, and other public events. If he spends half of conferences talking about a side trip is doubt that is a distraction to his young team?

I disagree, Jeff. There are plenty of us who love women’s basketball, and women’s sports in general. Look at the crowd the Gym Backs drew for Auburn. The fans will come out for women’s hoops when Mike starts coaching as well as he’s recruiting. He absolutely HAS to put more emphasis on defense and rebounding. Two embarrassing first round NCAA losses is not a good look…especially with the talent we have. He said he was the defensive coordinator this season. He needs to fire himself from that position. The gimmicky Bama style he wants to run absolutely will not win in the SEC in women’s basketball. Just my opinion, but I have been very disappointed by the ladies in the last 2 NCAA tourneys. The fans will come when/ if he starts winning big. And I say all this as a huge Mike Neighbors fan.

Auburn got the big crowd for gymnastics because the Olympic gold medalist Suni Lee was there. A one-off, in other words. They can’t get 10K consistently. Maybe someday that will be possible, but not now.

Jeremy, when was the last time you bought a ticket and attended a women’s game?

Honestly, Jeff, I haven’t been to any sporting events on campus since Scotty left. I work too much…6 days a week. My point is, there is potential for a bigger turnout in women’s hoops. Mike just has to put a better product on the floor. Getting drilled in Amber’s “23 for 23” game was awful.

I will say this, this is the best prepared our ladies have been since Gary Blair. Many forget but coach Blair didn’t always make the ncaa tournament and the team that went to the final four had the luck of Harvard upsetting Stanford. They were either the 8 or 9 seed that year.

Team is young and the sec is beyond stout. He keeps making the tournament I will take it every year. Same thing with Musselman. Make the dance and then see what happens.

Some of you would [email protected] about the dance after winning the natty!

It’s like people have short memories. I am not sure he is the bench coach Blair was, but Mike has brought the Ladybacks from absolute worst in the SEC to respectable. We are lucky to have him.

I like Mike. I’ve had the pleasure of brief talks with him at AAU events. I’m not sure he recruits defensive stoppers for the team. I have reasons to worry about that aspect. Just not sure.

both my daughter and her niece(my grand daughter)have attended women’s basketball camp since Coach Blair thru Jimmy Dykes time as the coach…Neighbors will get the bigs that are needed to play at the rim…the women have beaten Baylor;UCONN;South Carolina;Tennessee.and a few other programs that are considered the leading women’s programs in the country…name another women’s coach(not counting Coach Blair)that has had the women’s program do that on a somewhat consistant basis…just my opinion and observation