If what I heard today is true

BOT is to blame for all this mess! Mike Leach was interested in the job when Morris was hired. Now I will admit Leach is not a home run hire, but he has way more experience than Morris has. What were they thinking or is it true Jerry Jones had a lot of input in Morris being hired?

I do not think any of that is true. And, if anyone has tried to get Leach to leave Washington State, they have failed, right? I think he is comfortable in that setting.

Not right - Tennessee AD was prepared to hire him until Fat Phil’s coup and was reportedly ready to take it. 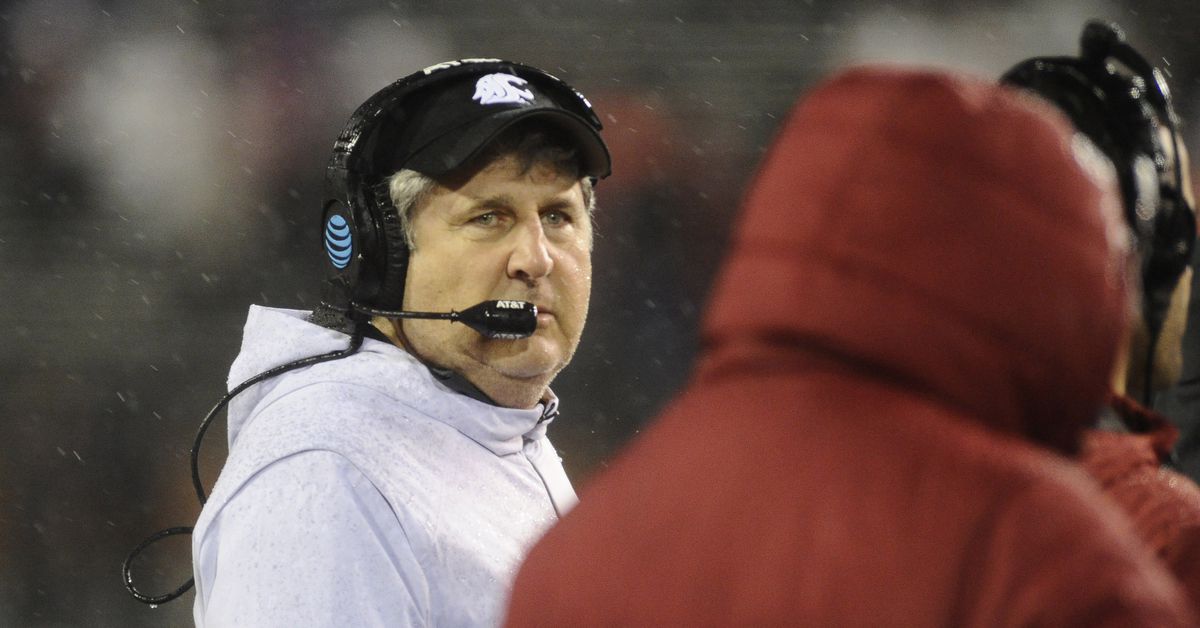 Mike Leach would have taken Tennessee job, according to former Vols AD

Document dump of communication between the Cougars coach, his agent, and Tennessee staff sheds some light on the exit from WSU that never happened.

We need to bury all of these pipe dreams and hope this current staff can find some balls and start motivating this young hogs team to compete and learn to win!
Leach is a Nut!

He maybe a nut , but he is a very good coach!

Ummm, he is super overrated and plays absolutely no defense. Secondly, the second you piss him off with a dumb question he’s gonna make you look stupid and get you all butt hurt. He’s overrated and y’all are not ready for his antics.

You say he’s overrated -fair enough. What are your thoughts on Chad Morris.

If you had a choice between the two who would you prefer?

There was more than Leach wanting the job. There were several winning coaches that wanted the job. JCP stated that on Bo’s podcast.

I’m still in disbelief that the BOT would get into another buyout situation like they are now. I could see it if it were for an accomplished SEC caliber coach, but they did this for a SMU coach with a 14-22 record, no P5 wins, and no bowl games. Now look where we are.

Don’t know for sure, but it seems the old, rich men alums that played in the 60s decided we needed to be able to recruit Texas again, just like Frank did. They let that dominate the coaching search.

Fine. I was in agreement with it. Sounded great. I’d seen Chad do some pretty good things at SMU. Thought he was a good hire.

But we should have focused more on his ability to actually win at SMU. He wasn’t that great. A coach worthy of hiring at Arkansas from SMU would have won a lot more at SMU, I think.

Thus far, I’m not sure I’ve seen a worse game day coach than Morris. And that’s saying something given our recent stints with Bielema and John L. I don’t know about Leach, but I hate it that Morris is learning on the job. Maybe he’ll surprise and get it going, but I’m not optimistic now. Looks very bleak.

Keep Jerry Jones away from the next coach’s hiring. Let him instead continue to mismanage America’s Team. He has a right to do that. He shouldn’t have the right to foist another Chad Morris upon us.

Like who? I’ll guarantee whoever you suggest is wrong.

Again, a lot fans are neglecting the dumpster fire both schools were before Morris showed up. He did start winning eventually at SMU and who know what it would be like now if he stayed.

I disagree with him being a bad gameday coach. I’ve repeatedly seen the correct play call made but execution was off.

I’m TELLING you guys! Whatever name you think you can/could come up with, isn’t/wasn’t interested.

There were other coaches besides Morris and Norvell interested though not having an AD did not help things.

Leach is ready to leave WSU and he was interested in both Arkansas and Tennessee. How we could pass on a proven winner for Morris is confounding. How we passed over Norvell for Morris is also disappointing. He’s just better and proved it in multiple ways.

We got a proven winner last time and it hurt us.

Again, some seem to think he would have been a slam dunk for us, but I’m not so sure we wouldn’t be having the same problems or worse now with Leach.

Calling Leach a proven winner based on his record at TT & WSU is a stretch. At TT he had a .587 winning percentage in Big12 play, & at WSU in PAC12 he has a .500 record. He is an average coach who excels when all other conference leaders are down & is usually at best a spoiler.

With limited competition in lowly PAC12 & while USC, UCLA, & other programs so down over the past few years, .500 is not much of an accomplishment. After 8 yrs he is 0-3 in PAC play in 2019. If he is such a winner, why aren’t the big name programs trying to hire away Leach? At best, he might be an interim coach at Arkansas until we find someone better. I would take Norvell over Leach.

On paper CCM seemed to be a good hire. We should have beaten aTm & KY. We were so overconfident against SJS after the strong finish against CO State. It has been a disappointing season but with weak talent, building a team, & with only 1 recruiting season it will take time for CCM to prove his capabilities & install his talent & program. Took us several years to decimate our football program & can’t rebuild it overnight.

How does Leach’s conference records at WSU and Tech compare to their historical averages ?

Despite out current poor record, hopeful that a .500 or .587 winning percentage is not Arkansas’ new standard for success in football. Believe that most of our fans have higher expectations.

Best we’ve ever done and likely can hope for over an extended period of time in football given recruiting base, etc.