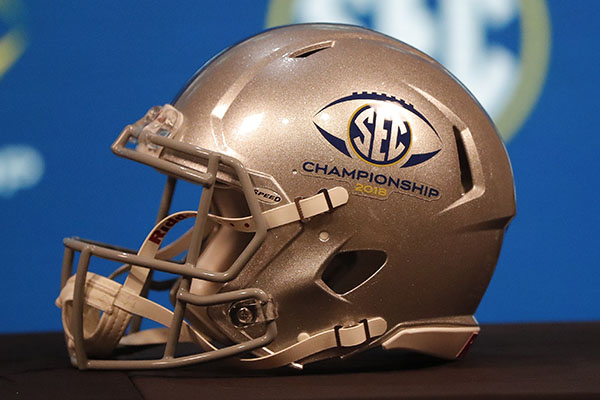 The Southeastern Conference's annual football media days will be moved to a virtual setting this year, the conference announced Wednesday.

have protests all around the country;the schools are welcoming players back;sports are starting back…and 1 of the biggest media events of the summer is going virtual?

I guess Atlanta being a hot spot for protesters now. Maybe just trying to keep all safe. Plus the Covid-19 issue on top of that.

Best news of the summer. Media days are a waste of money and time. It is media interviewing media. The coaches do talk, but don’t say anything, or shouldn’t. If they say something at all, it’s that they don’t want to say too much in advance of a season.

This is a season that no coach can say anything about because they have not done anything but virtual coaching. Why not talk about it in a virtual setting, too?

There was a time when the summer media deal was done on each campus. You went on a bus or on an airplane. And, you hit all the schools in one week. Of course, with 14 schools, that would take two weeks.

I did the Big Eight Conference circuit for about six or seven years and found that method to be outstanding.

Now I wouldn’t want to travel around with a bunch of media guys for two weeks. That would be a good way to kill the last part of the summer. Glad we aren’t doing that these days, too.

SEC media week…that is one thing nobody cares about. Coaches standing up on a podium giving canned answers to lame questions.

"Hey, coach…how do you feel about being way overpaid to coach football this year?
Answer: “I love it. It is the only way to go.”

Too cynical? Maybe. Maybe not.

I’ve been to Birmingham for SEC Media Days and I’m not fond of it, but I disagree that it is something nobody cares about. There is tremendous interest in it every year.