I wrote on Anna Podojil

If you have watched the Arkansas soccer team this year you have no doubt noticed Podojil’s incredible speed. She has a chance to be the SEC’s freshman of the year in soccer, then she also has a chance to contribute to Lance Harter’s track team in the winter and spring. 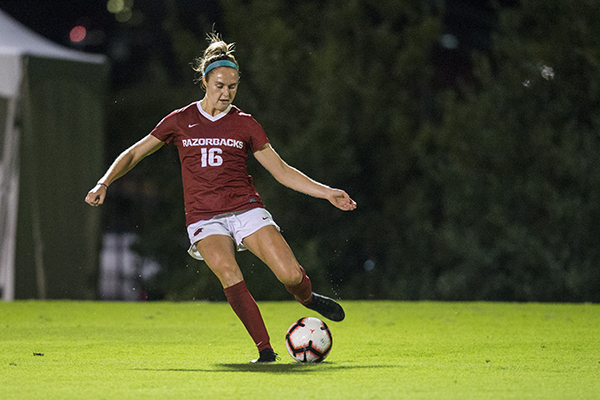 Podojil starring in first of 2 sports at Arkansas

Anna Podojil rewrote the record books as a high schooler, recording 117 goals and 51 assists during her career at Indian Hill High School in Cincinnati.

Track speed in soccer is so important. Something that is lacking on both the US Men’s and Women’s teams. Women have been winning inspite of it, but surely could use Anna’s speed. Anna has a bright future in soccer.

Podojil is the SEC offensive player of the week. She is tied for the conference lead in goals and points.