I would pay attention to this 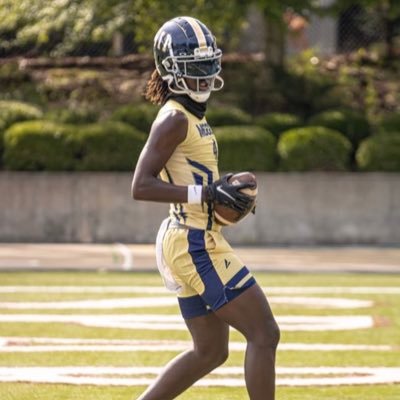 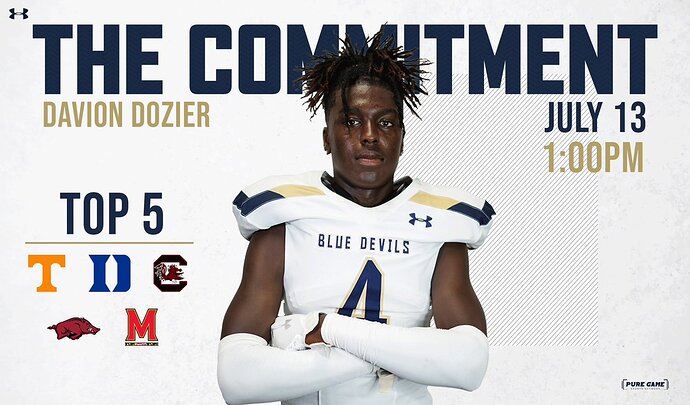 Who is this and why pay attention RD?

Who is this and why pay attention RD?

The shirt would seem to be a huge hint? However, both Duke and Arkansas just offered 5 days ago? Maryland, SC, and TN offered several months ago?

How was that ice cream at Leopold’s? One can wander in Savannah forever.

Would love to add a big athletic receiver. Fingers crossed

This kid is a big time player who is way under the radar, should have a lot more offers. I can see why our coaches are so high on him and have told him he can be another Burks. How you can look at his highlights and not see 4* talent is beyond me, very explosive player! I think we’re supposed to like our chances with this one.

Dude is a Hog!

Yes he is and this kid is a very very good player. I really think he has a chance to be special.

Here is some info on Dozier: 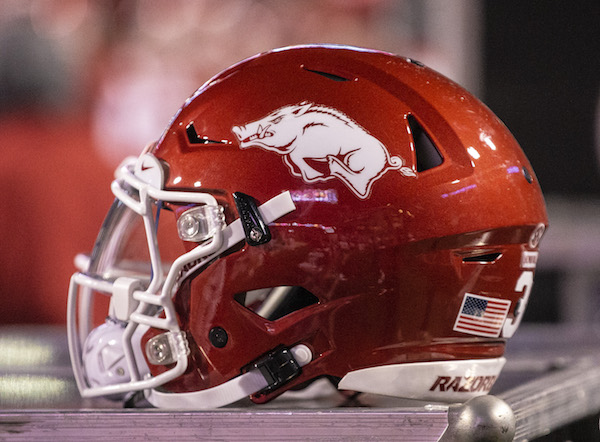 Arkansas football continued its roll in summer recruiting Wednesday with the commitment of Davion Dozier.

I wholeheartedly agree, he’s a man among boys on the high school field. Looking forward to seeing his upcoming senior season highlights and stats. His development will be something to watch.

Here is some info on Dozier:

This is a little wierd. Last week, 247’s “timeline” showed that the Hogs and Duke both offered Dozier on July 6th, 2022. Today, they show we offered in May, like you have in your post. Did he and we keep that offer on the down-low or did 247 just get it wrong.

I honestly don’t know. I went to the kid’s Twitter account and found when he announced he picked it up.

We now have 23 commitments with a ton of offers still out. I know I’ve heard people say the numbers have a way of working out. But what if we get a couple of more commits and later in the Fall we have several four and five star recruits that come onboard. How do you handle 30+ recruits if we can only have about 25? Go back to the early three star recruits and tell them we’re going another direction?

How do you handle 30+ recruits if we can only have about 25?

We can sign more than 25 if we have more than 25 open scholies; they’ve removed the limit for at least the next two classes, possibly longer. Is Sam going to strongly suggest that some of the benchwarmers find another school? It’s possible. And if they want to actually play, they will take his advice.

Boooooommmmmm….another commit while RD on vacay!!! He does it again!!!

We’re filling this class up really early and have momentum going into Fall. Be interesting to see how they handle the overage I expect us to have.

Richard has been predicting the final class will be 25. Whether that is subject to change, TBD. They may save any spots beyond that for the portal.

Isn’t there a big stud Olinemen from Ala we are after also?

Yep just read in another thread - the Lang kid

Also, Ryan Wingo could be coming on board