I spoke to Dick Hughes

Hughes is the 1967 NL Rookie of the Year who played baseball at Arkansas. He is going to throw the first pitch prior to tomorrow’s game. This will be his first time back in Fayetteville since 1969. 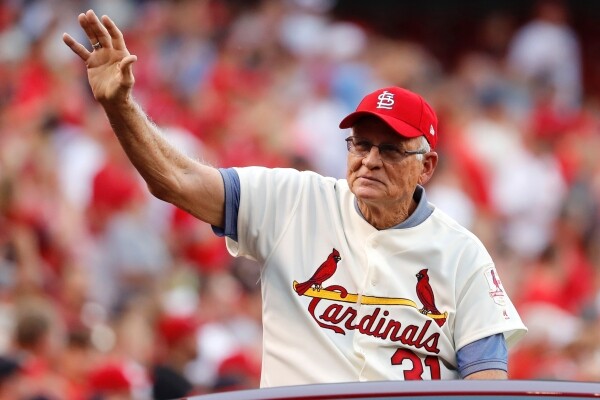 Can you name the first former University of Arkansas baseball player to win a World Series?

Hard to believe a UA alum hasn’t been back in 53 years. He won’t be able to recognize the place. I’m trying to remember what campus and the surrounding area looked like in 1969, but it was incredibly different than it is now.

The stadium had no upper decks or permanent EZ seats. It had an old rickety press box.

The baseball field was where the tennis courts are now. Carlson Terrace was still there. There was no Bud Walton Arena, McDonnell Track, or indoor practice facility. The practice fields were where the Fred Smith Center sits. Barnhill was still a field house.

Several new fraternity & sorority houses. Maple St looks completely different. The student union was directly across Maple from the Kappa Kappa Gamma house. The business college was just south of Old Main. The Walton College & Kimpel buidlings did not exist. None of the parking decks existed. The NW corner of Maple & Garland where the Health facility & nice new dorms sit was a parking lot.

Might mention where the library was (across westerly from Old Main). Otherwise, very informative.

I still have vinyl that has a sticker from Metcalf’s record store. And a pair of handmade sandals from Flying Possum. Now, if I could go on down Dickson to Swinging Door for some Zorro, I’d be fine as wine.

The Mullins library was up by 1969. By then the Vol Walker Library had become the Architectural College

I met my best friend in college in 1994. His last name is Hughes and he claimed way back then he was related some day to Dick Hughes. You see him again, tell him his relative is a judge in the army JAG corp. I wish my buddy could make the game.

go on down Dickson to Swinging Door for some Zorro,

Yes sir… that would be awesome!

Loved those cheeseburgers at the De-Lux. I was very fond of KKG and met my future wife playing ping-pong down Leveritt St. at the Newman Center. Mighty good memories.