I remember this fight

Definitely one of the more memorable fights in my lifetime. 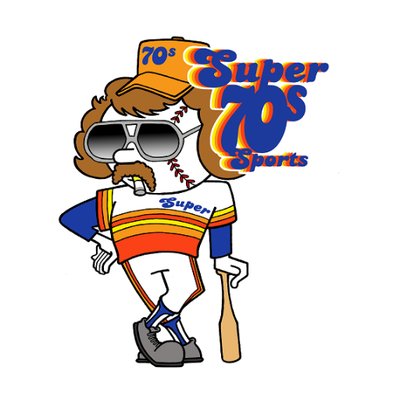 Super B-Day to Big George Foreman, so let’s watch him dribble Joe Frazier like a basketball for two minutes while Howard Cosell has perhaps his finest hour at ringside. https://t.co/Ph8YbhdgZb
1 Like
generalhog January 10, 2021, 9:53pm #2

One of my best friends, who is the definition of a boxing fanatic, swears to this day that Joe Frazier is the most underrated heavyweight champion of the world.

I don’t know when this fight coincided with Frazier fighting Ali, but my friend swears Frazier was 10 times the fighter that Ali was and that Ali manipulated fights to beat Frazier. Frazier was also almost completely blind in one eye the last time he fought Ali.

Lifted Frazier off the ground with an uppercut and as soon as he came back to the ground he slammed him with another powerful right,big George could put you to sleep in a hurry.

I like Frazier, his only problem as a boxer was being born at the wrong time. Truly a golden age of boxing, and of commentating with Howard was around.

Frazier was very tough, punched well, iron jaw, but really had a very distinctive and very odd style, that quick dipping motion he did. no mistaking him in a fight.

I have no idea who the most underrated champion is. certainly tommy Hearns is in that conversation, he was also born at the wrong time. with Leonard and Hagler!

Hagler was my favorite middle weight. loved that dude. and he was robbed against Leonard.

People thought Foreman was unbeatable after this fight. I know I did.

No heavy weight could match Muhammed Ali in his prime before he sat out several years dodging the draft. 6-3 220 lbs. with hands like lightning. He was never the same fighter after he came back to fight Jerry Quarry and Joe Frazier.

Marvin Hagler was a beast. Sugar Ray wanted no part of Marvin.

Ali missing those 3 years of his prime was detrimental to his career. I don’t think he loses the 1st fights against Frazier & Norton if not for that. But he didn’t waste time getting in the ring with the best and the heavy weight division then was full of good/great hard hitting fighters and none shied away from the other.
Talk about taking a punch and fighting on, Ali had his jaw broken by Norton in 2nd or 3rd round and continuing on to finish a 15 round fight.
Best boxer ever in my book. He help to generate the bigger paydays for boxers in all divisions also.

Golden age it was.
Ali in his prime was breath taking, pun intended.
So many great boxers during that time.
Like the Lakers and Knicks and Celtics during their heyday.
Lombardi’s Packers, Bradshaw and the Steelers.
Cowboys with Staubach.
Today it is crap defiled with divisiveness from politics. I waste not a minute on NBA or NFL these days. Not one minute.

Is there even true heavy wt championship boxing these days? I haven’t seen it in years and years.

I too will not waste a single second on the NBA. The game is just so bad compared to what I grew up watching. I use to love to watch the Celtics play the Knicks in the 1960s. It was a team game and they would even call an offensive foul and walking. There were great stars, but they too had to play within the rules.

I was a Celtic’s guy too. What great teams. Emphasis on TEAM. I was a Bucks fan when Sid was there too. But sometime in the 80’s I just lost interest in the NBA. I’ve not watched a minute of it in years. My grandsons and great niece love it. But this old man would rather watch and old movie.

Ali, like Arnie did for golf, brought widespread fan interest and money to the game. As stated, Ali lost the best three years of his boxing youth to the politics of the day. Ali brought a speed and quickness to the heavy weight division that had never been seen before, and maybe not since. One thing is for sure, Ali had the best boxing game plan leading up to the event and certainly during the fight. Hence, he made Foreman look not only like a bad fighter, but a stupid one in the process.

I remember that fight was actually available live on regular TV. Very rare for a heavy weight title bout to be available live on regular TV in those guys. Usually you had to go to a movie theater or sports arena to see it live (and pay big bucks). I was a kid (junior high or high school) and had to wait for the replay on ABC’s Wide World of Sports a week or so later …

Ali IMO was the greatest boxer of all time. One thing Big George said was that he didn’t want any more of Ali and he was not the greatest boxer of all time but the best humanitarian of all time. Ali’s prime 3 years were the BEST time physically for a boxer and we missed his best. Now think about that and his record WITHOUT the best 3 years blank. Say what you want if you were Great at someting and you stood up for something that you believed and it meant you would be stripped of everything you were Great doing takes a lot of courage. And Ali was right we were in a War we had no business being involed in, period. I had a draft number, 303 and was NOT going to volunteer for that un winable mess.I saw Ali fight one time. I have an X-ray of Ali’s broken jaw and his autograph. To this day Big George says Ali actually never wanted to hurt any bad. He says Ali could of creamed me with one more punch as I was going down. For proof watch Big George in his own words and I was hitting Fraszier on the way going down again and again.

No doubt that Ali was a great boxer, but he definitely benefited from his self marketing strategy and got some more than questionable winning decisions during his career. The one fight that comes to mind was with Michael Young clearly wore him out inside the ring, but since he didn’t knock knock the Champ out he didn’t get the decision which he clearly earned.

Happened with more fighters than just Ali getting preferential treatment.