I’m Glad Our AD Is Pleased

The Hogs had a chance to beat San Josephine State at the end of the game as a mere 21 point favorite.

Good grief … not sure even Long would have been so tone deaf as to try and spin that embarrassment. 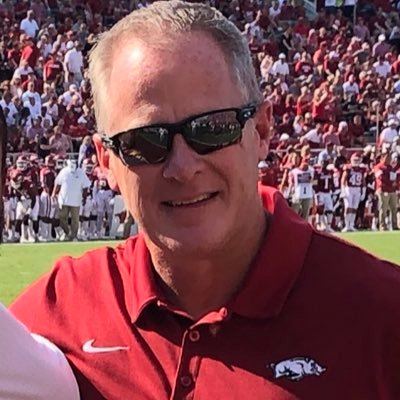 Just consumption for the pressential. HY has to say that. And a vote of confidence is usually the kiss of death.

I think he perhaps should have stuck to the last two games rather than spinning the worst loss since the Citadel.

HY said the appropriate thing and the right thing to support the only group that can change the current situation . As he says there is lot’s more football to be played and the group is working to get it fixed. Couldn’t have asked him to say anything different that than imho. Winning cures a lot of ills but winning is not easy if you haven’t been doing that for a while.

What would’ve pleased you?

Definitely should have used the last 2, not 3, games as the example. He also totally contradicted what he said immediately after the SJS loss. He said it was unacceptable. I think that’s his real truthful feelings about SJS. At least, I hope it is.

Not in any way shape or form suggesting that he’s pleased about anything associated with the SJSU game.

Pleased the team kept it close in a game in which we were a 21 point favorite and emerged as the laughingstock of the CFB world on that particular day? Geez

I think you’re reading too much into that statement, Jackson, and “encouraged” that they had a chance to win is a lot different in “pleased” with the performance. I probably would have steered clear of addressing football altogether if I were the AD.

Perhaps so - still think anything that reflects encouragement about anything having to do with the SJSU game should have been omitted from the letter.

Granted SJS was embarrassing. After our great 2nd half with CO State where we looked unbeatable, did we (including coaches) go into the SJS game grossly overconfident. Our team needed that CO State 2nd half to show us our capabilities & get some confidence. However the overconfidence & QBs beat us against a highly motivated SJS underdog.

After SJS, we almost beat a much more talented aTm with their high $ coach. One missed FG was the difference. Was AR that good against a good team or just that aTm came into the AR game overconfident - same as we did against SJS? KY (also better talent vs AR) came prepared after our near upset of of aTm, but we almost beat them too.

We have 2 QBs that have proven exceptional abilities at times but some exceptional inconsistency of play on game day. Not sure if we blame that on coaching or on the QBs - or both. With a few breaks & consistency of our QBs, we could easily be 5-1.

CCM & his coaches have made mistakes & it is easy for fans to second guess these games & coaching decisions. Are we being totally unfair to CCM as he tries rebuild decimated talent, motivate, & evaluate players at this early point in his career at AR?

We aren’t if they go winless in the SEC and/or lose to WKU.

Hunter commented in the preseason we needed to show improvement and commented on the favorable non-conference schedule. Don’t think 2-4 is what he had in mind and 3-9 or 2-10 won’t be either - especially given he did not hire the coach.

There is no way argue we are seeing meaningful improvement without getting at least one conference win. It’s a must in my judgement for him to be retained and I bet HY agrees.

Agree that we need an SEC win & to beat WKU, & perhaps competitive in some other SEC games. Unfortunately, KY or OM may have been the easiest of the SEC games.

Would assume that recruiting, decommits, and HY interviews with players who decommit may be a part of his review & decision process.

Also, HY will need to evaluate what coaches are available that he can hire. If no options, doubtful HY pulls any triggers & brings in an interim coach. Otherwise, he waits.

Does HY bring in a potential up & coming coach or wait until a proven coach is willing & available to come to AR?

I think Mike Norvell would still come, is affordable, and is a true up and comer - by that he’s a proven winner at the AAC level and won games against P5 opponents including Ole Miss this year.

Wife is from Arkansas, played in the state, Texas ties.

It makes so much sense I’m sure it has as much chance of happening as a blizzard in Death Valley.

Are we being totally unfair to CCM as he tries rebuild decimated talent, motivate, & evaluate players at this early point in his career at AR?

I don’t think it is unfair to question why the coaching staff has not been able to seal the deal in close games. That is becoming a trend. Morris’ team is 1-7 in one-possession games, with the one win over Portland State, which really was not that close of a game. The last three losses have all been by one possession - a total of 15 points.

Whether or not a program is rebuilding is irrelevant to the outcome of a close game, in my opinion. Close losses are the result of being outplayed when the game is on the line, and the coach has to wear the result.

There is a fine line in coaching success. Most coaches are going to find themselves in a lot of close games. The good and great ones have a lot of close wins under their belt. Perhaps Morris can get to that point, but as of now his record in close games is the reason his seat is perceived to be warm. A 2-6 or 3-5 record in those close games would make people feel different - maybe a lot different - about the state of the program.

Matt, you are absolutely right. We often forget that we are three plays (4 if you figure we would have to make a 2 point conversion to beat SJSU without going to OT) away from being 5-1. Make those three plays and this is a whole different environment. But, as you point out, the failure to make those plays is why the coach and his staff are in the hot seat.

Understand this is CCM’s team to fail or succeed and that coaches are often dealt a difficult hand including talent level, injuries, & inconsistent QBs. Every one of our games is a mystery as to which QB will show up or none at all. I thought we might have turned the corner after the aTm game where both QBs were playing well. No doubt CCM realizes that he needs to play to win & stop losing these close games.

It makes so much sense I’m sure it has as much chance of happening as a blizzard in Death Valley.

Have been on Galveston Beach in a heavy snow storm so be careful about betting against that blizzard. I was surprised when we did not hire Norvell.

Matt very good post - a good coach should not lose the vast majority of one score games. Furthermore, the fact Portland and San Jose were one score games is very troubling in and off itself.