I know poletics is forbidden here, but gonna post this anyway

They are here and out now. I got several off me today after also seeing several rather large rattlesnakes while out scoping the mountains for some new squirrel hunting territory here in Arkansas.

So beware. I use to never worry about ticks. I’d get em, pick em off, and kill em. No worries. Then a few years ago this relatively new tick-born disease showed up in Arkansas. My dad ended up getting it and now he can no longer eat any beef or dairy because it makes you allergic to those things. So be aware… its tick season again.

Now as per the title, here is the “poletic” portion of this post!! 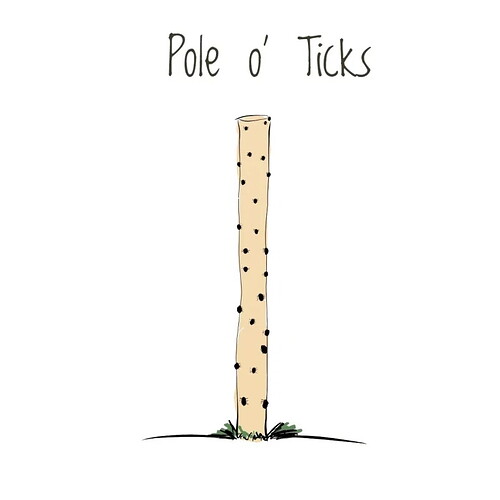 LOL. I don’t know which is worse, pole tics or pole ticians? They will both suck the life out of you.

That’s a good one, eaglehog5!

This reminds me of the old joke on the definition of Politics. Poly (many) + ticks (bloodsuckers) = Politics (many bloodsuckers)!!!

Pole ticians? Is that the same as polecats?

Then a few years ago this relatively new tick-born disease showed up in Arkansas. My dad ended up getting it and now he can no longer eat any beef or dairy because it makes you allergic to those things.

I’ve read about this before and was shocked a tick bite could do that. I’m sure there are doctors on here who can shed more light on this, but I’ve read it is caused by the bite of a Lone Star tick.

Funny, and it sounds like you are both ticks on and ticked off

Out in the country where we live, we cover ourselves with anti-tick spray (when we remember), but still get bit a bit. And we are both diabetics and have to eat a high protein, low carb diet. A friend of ours got the “can’t eat meat” illness from a tick bite a few years ago and we were astounded, had never heard of that, the only thing we thought we had to worry about was Rocky Mountain Spotted Fever. Now that Arkansas football, baseball, and men’s and women’s basketball are all looking up, guess our only big worry will be if diabetes tells us we have to eat meat and a tick tells us we can’t.

I spray my compound for ticks three times a year. First time was Monday. About 1.5 acres. I have a 3 gallon back pack sprayer. Use permethrin. It does the trick.

I actually have 2.3 acres but don’t go deep into the woods. Probably be ineffective there anyway because of the leaves.

Blood sucker two-legged type= politicians, they like smoke and mirrors and other peoples money. Truth, ethics, morality are anathema for them. Justice and Equality are just narrative tricks to lead one to believe they are interested in your concerns. Money and power are what they are interested in. Ticks would be a good iconic picture to represent them in a dictionary.
SPORTS should be about sports.

My wife has it, it is most mammal meat that is the issue, I guess she could eat human or monkey but that would just be odd. . . . We eat a lot of yard bird at our house. Add in a lot of medications and foods that contain beef/pork a lot of processed foods can be an issue. Luckily she didn’t get the dairy piece of it. Thing is, she got it 25+ years ago (mid 90s) and at that time no one had ever heard of it. It took us probably a year to figure out what was causing it and then had Doctors tell us it was impossible because beef and pork were so differently made up. It doesn’t kick in until your digestion gets to a certain point (4 to 6 hours) and then it kicks in with anaphylactic type reaction. Eventually we were told it was because while beef and pork are vastly different proteins, as they break down they break down to the same protein, its when it gets to that point the reaction starts. Many 3am mornings with her not being able to breathe before we figured it out. . . .

My ex has been allergic to beef also. This started decades ago from a tick bite. If she orders food from a restaurant that has hamburger grease on it, she has an allergic reaction . She carries an epi pin now to stay out of the ER.

Then a few years ago this relatively new tick-born disease showed up in Arkansas. My dad ended up getting it and now he can no longer eat any beef or dairy because it makes you allergic to those things.

My brother in law’s brother in Conway developed a serious red meat allergy in the last 10 years.

Doctors never diagnosed the cause but he has to be very careful especially traveling to foreign countries.

When he worked overseas, he carried card printed in English and French, English and Italian, etc that he would give to the wait staff to be sure he eats no beef.

I sent him info on the Lone Star Tick yesterday after reading your post and other posts above. His family doctor in Conway is also a first cousin so he’ll take him seriously.

I know the OP intended this as a joke, but this may help him

One favorite family story is about my father in law looking for lost golf balls and getting his nether regions loaded with little ticks. My mother was removing them one at a time. His depiction of that event would put the family into laughing convulsions.

But ticks are not a laughing matter as we see in this thread. My youngest grandson had a tick bite a couple of years ago that alarmed his other grandfather (who is a physician). It had a red circle around it or something like that and he immediately took him in for a shot. Apparently if he had waited he could have had Lymes disease (or something like that).

I wage war on the ticks as best as I can. I know the deer carrying them into the yard. We put out corn for the deer and turkey, then have to spray where they’ve been. Guess we want the deer and have to accept that we will have to fight back the ticks. Deer are going to have ticks, sometimes a lot of them.

OldGreyHog, you can find more detail at this link about the condition. 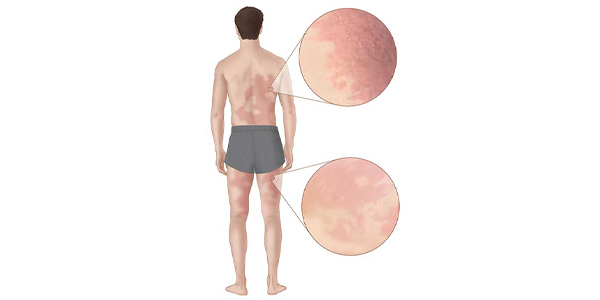 What is alpha-gal syndrome, and what do we know about it?

I thought I was the only one. I cannot eat beef or beef by-products. Milk/dairy does not bother me and I eat pork regularly. I can trace it to a really bad tick experience. I was home from college and my Dad and his best friend invited me on an overnight fishing trip. The friend owned land in the middle of nowhere (Osage County, OK, in the region where the outlaws used to hide out) and had hauled in a small mobile home for when he spent time there.

The first day we hit up this wonderful pond. I lost 3-4 large bass because they broke the line before I could get them to the bank. I headed around the bank and my dad called out across the pond, “When did you take off your white shirt?”

I hadn’t changed shirts, I had walked through armpit high grass and hit a bed of “seed ticks” (what I call them, anyway; tiny little bastards) and the shirt was covered with them so that it looked black. We stopped fishing early to help me out. My blue jeans were covered in them as well. I wound up showering and used a comb to scrape them off of me, and shudder remembering how they clicked going down the drain (not a lot of water pressure in that shower!).

Hundreds of them. I spent an hour fussing over getting all of them off of my body while my dad’s friend snorted about getting a few all the time and not obsessing. He was a great guy and much more comfortable on the back of a horse than sitting in his pickup truck - the outdoors didn’t bug him.

Irony: the friend got a tick and wound up with Rocky Mtn fever. Hopsitalized, in fact. I may have got the worse end of the deal, though. The friend recovered but I still have a really compulsive, almost childish, reaction to having a tick crawl on my arm or calf. I quit pond fishing. And, I can’t eat beef. Think about it - I spent seven years of my life working in the middle of Osage County - cattle country! - and was even offered a side of beef once as a gift. I asked if we could donate that to charity, as I was allergic and didn’t want to refuse the gift, but knew I couldn’t eat it. The rancher was gracious and kind - and the food was donated to an Osage Nation ceremonial meal which made me doubly happy.

So my fishing happens from a boat. And I likely will never own horses or cattle because it would require exposure to the little bastards.

I grew up in the country, in the woods, pastures, creeks, rivers, ponds, strip pits, etc. Fishing, hunting playing, swimming in all of the above. Ticks, fleas, chiggers, knats, & mosquitos were just a nuisance then. As a kid was covered many times in seed ticks and covered in regular ticks of all colors too, with and without white spots on their backs. Never had any issue other than minor redness or irritation when the head of tick stayed buried after pulling tick off.

I don’t know if any immunity can be built up or if it’s just luck of the draw as far as catching any disease or serous allergy’s from them. But we never did or anybody I knew then.

However after many years of not being bit by ticks, (living in CA for many years), then moving back to AR 13 years ago tick bites seem to be more irritable to me now. Leaving bigger whelps and itchy for longer periods of time.

Jimbeau77, my dad is now in his 80s. He grew up here in Arkansas and was always out in the woods hunting or at lakes or ponds fishing, or riding horses. My point was ticks never seemed to bother him. I am the same way though I’ve not tested that in a few year. I could walk through a whole field next to my buddy and he’d be covered and I might get 1 and it would just crawl around and not bite me. I always joked they don’t like the my taste since I’m full of shinola.

I’ve often wondered is something was changed in my dads system after he had bypass surgery and he was always on 4-5 different types of medicine. Ticks seemed almost attracted to him after that. Now that’s just speculation on my part but I do know he was never bothered for years then one day he was and then he got his allergies.

I think ticks started getting on me after I quit using Old Spice.

I think that there is something to the thought that different individuals have different body chemistries and that affects their reaction (or attraction) to pests.

I have seen the same thing in cattle. Years ago we had mostly Herefords. Then my grandfather got a few Brahmas. The Brahmas and Brahma crossbreeds would have very few flies, while the Herefords would be covered in flies.