I get the impression

the strength and conditioning hire will be after most of the bowl games. Thinking around Jan. 2-4.

I know Kiffin is going after the lead dude at Bama (salary over 500k already) and wonder if others are looking at the same source since Saban has emphasized the primacy of S&C and has had great folks. I got that from one of my residents who was a Saban trainer when Saban first arrived. She later did analytics for the Red Sox and Cubs and did some training in Virginia for the Red Sox minor leaguers. She said all was organized to the max and the change was successful and dramatic and was focused on S&C. I assume that means the S&C guy brought in also got his termination letter?

Whoever it is has to come in here and totally change this football team. We have to physically be able to stand our own against these top elite teams,you aren’t going to finesse your way through this league. We saw firsthand how bad that looks the last 2 years. This is a very very important hire!

Truth be told, S&C coach might be more important to a team’s success than some on-field coaches. Alabama and Clemson are paying theirs $600K or more. Not saying we need to go out and spend that much on one but we need to get this hire right.

I’m sure Coach P has his eye set on the S & C Coach he wants. Knows what it takes in this league. 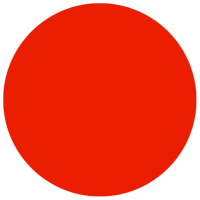 S&C coach gets more legal time with kids than any other staffer by NCAA regs. Absolutely a critical if not the most important hire possible, see Saban, Nick.

Rumor is Kiffin going after Sabans S&C Coach. Highly doubt he succeeds with that though.

Strength guys need to be changed now and then. Hard to do the same things over and over and stay fresh. Lifting and running are monotonous. The key is to keep it fun and fresh. No way that’s easy.

I said on this site that Arkansas need better strength and conditioning. The disparity between salaries is shocking. How is the guy at Iowa worth $800,000 and the guy at Miss St. worth $150,000.

I would like to think we could get one of the five best out there.

But Arkansas typically does not want to pay what it takes I’m afraid.