I don't think Ford is going

To settle for a seat at the end of the bench without a fight. 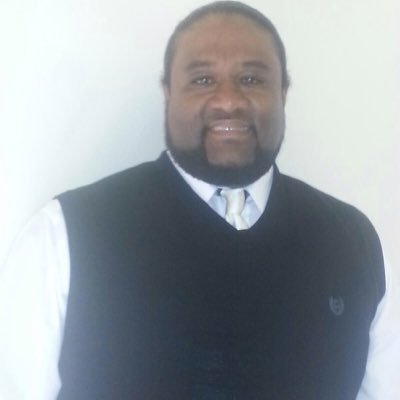 No he’s not, I think he is vastly underrated.

I don’t disagree with anything in this thread. However, I still think, if they get significant minutes, it will be because they earned their way into the top 8. No reason they can’t beat out transfers or one of the 5* freshmen.

I like Dunning, but I think Ford should be Walsh/AB ranked. I don’t think there will be a huge drop off if Smith catches a breather and Ford takes his spot, and I can see Muss leaving both Ford and Smith on the court giving AB a breather.

This man got game too 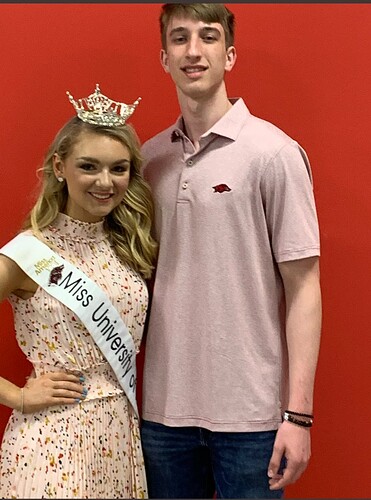 but I think Ford should be Walsh/AB ranked.

You could well be right. Currently, there is a little more unknown than there is with Walsh and AB. Both of them played all last year against the best high schools and basketball prep schools in the country. Walsh was the best player for the National runner up team, and AB started for a top 5 team in the country. They are more proven coming into this season.

That doesn’t mean that Ford might not prove to better than either one of those guys. He was certainly dominate at Magnolia. He looks fantastic to me.

I think Ford will have to beat out Council. I don’t see him beating the other 4.

The 4 at the end of the bench will be Ford or Council, Dunning, Pinion and Johnson. Possibly 3 out of these 4 will be potential transfers next year.

Ford could be a beast taking the ball to the hoop with that type of body and strength. Just not your typical long rangy thin freshman. It’s still a long way till fall.
Would love to see those early practices with all of these guys coming in.

right where did i come up with pinson, lol

Which one of these guys is ready to play college/Muss defense is a key factor too as all have offensive tools. If a few will buy-in to being dominant on defense, we will be hard to beat.

With potentially multiple players such as being mentioned a pro prospects it would seem that kids who sit this upcoming season might see their playing time opportunities on campus versus needing the portal. This next season is where lack of playing time appears the most stifling. There is every reason to believe that even with departures Coach would recruit talent to replace talent, but a repeat of this years haul, seems a tough task to repeat. If Ford, Pinion, or Dunning don’t play a lot year, they are talented enough that a year in the system and development should put them in the position of not being easy to take their playing time.

A couple of the portal guys are possible professional departures as well. Wasn’t Coucil going through evaluations this year and the kid from Mizzou has the potential with a good season to draw attention. A lot of lineup change and playing time opportunities would occur if there were 3 to 5 players make the jump to the next level.

A couple of the portal guys are possible professional departures as well. Wasn’t Coucil going through evaluations this year and the kid from Mizzou has the potential with a good season to draw attention. A lot of lineup change and playing time opportunities would occur if there were 3 to 5 players make the jump to the next level

It seems to me that every year will be a “stand alone project”. Coach and staff will build the best roster they can from portal and high school knowing full well that this years recruits may well be on some other schools roster next year. The days of a great recruiting class resulting in a fantastic team in year 2 or 3 or gone. Arkansas’ coaching staff seems to be very good at doing this or at least they have been the last 2 years.

PJ, great to see you post on here again. You’ve been missed. I would make one additional comment about the potential line-ups. IMO, there will be times, that we see Walsh at the 4 when Muss goes to a smaller very athletic line-up. At this stage of his development, he fits the 4 spot in college as well as the 3. Obviously against bigger teams, like KY, he will play primarily at the 3.

IMO, there will be times, that we see Walsh at the 4 when Muss goes to a smaller very athletic line-up.

I had two thoughts, a smaller line up, and a “BIG” lineup:

That would be a Golden State “lineup of death” type team. They give up some physicality, but the ball handling and scoring would be off the charts.

They’d give up some quickness, but their length and athleticism would be a match up problem for a lot of teams.

I do believe that PJ is undervaluing Ford and over valuing Devo. I would fully expect by the time the tourney comes around that our 8 man lineup would look like -

Ford would rotate with these 2

Council would come off the Bench

That would be the best front court (4-5) we’ve had since Corliss, Dwight, and Darnell in 93-95. And that’s precisely why I’ve been begging for JWill to come back.