I can confirm that Anthony Black plans (story with quotes) 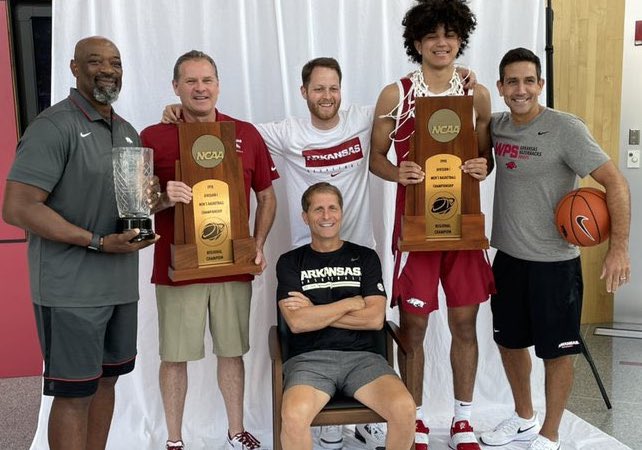 Arkansas basketball target Anthony Black is expected to visit the Razorbacks on Saturday for their home game against No. 16 Tennessee

Final Four knocking at the door.

Arkansas basketball target Anthony Black is expected to visit the Razorbacks on Saturday for their home game against No. 16 Tennessee

Would be an incredible complement to the guys already coming in. Have seen a lot of Cade Cunningham comps which seem pretty good comparison. Long 6-7 guard who can play the point and guard multiple positions. Basically the perfect player for Muss system.

I literally said YES out loud when I saw your article headline- what an atmosphere he will get to see tomorrow!

Everybody agree his hair is more attractive than DJs from Bama?

I assume you mean JD Davison’s?

Yes, trying to be nice about the young Tider’s hair

Mama always said “son don’t play with electricity” I guess his mom forgot to tell him that.

Anthony black committing would be so freakin spectacular. Best class ever?

Did anybody notice if Black or the other recruits were mingling with some of the ex-hogs - Portis, Moody, Jones, etc.

I imagine that comes later.

What a great game for him to visit. With that atmosphere, the former razorback pros in the house, winning of course. A good sell. And Jordan Walsh working him. The tide is flowing in like a tsunami. The next four games will be a rough stretch. Will have to minimize TOs. Not too many today, but in the absence of scoring it becomes relative. Devo is shooting better, a blessing, taking up slack. Lykes is not, except free throws, where he can be killer. The kid can be frustrating, but he forces TOs which offset his own and is steady at the line. Can’t say I’ll be sad to see him go, just for the sake of my nerves.

Always an adventure. Like the next couple of weeks…

Mason sent this to Black at least… 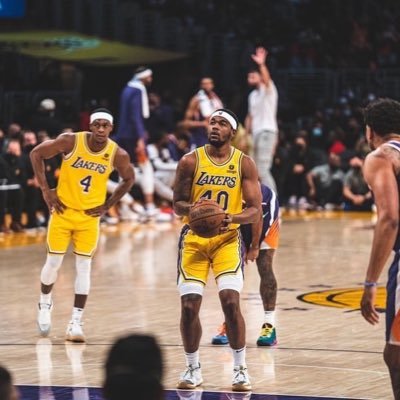 My close friends were at the game and sitting across the aisle from the Martin twins. I believe they said AB was sitting with Portis and Joe during the game. If so, you know he was getting chatted up for sure!

I saw BP sitting courtside next to the ESPN broadcast table. Didn’t see IJ there but it wouldn’t have surprised me. Not sure where Black was.