I am not a doctor

But I have been to a few, slept in a Holiday Inn Express, and have a National Championship ring (sorry, Jimbeau. I just couldn’t resist, lol). Seriously though, I sell cars for a living, and tax season is typically our busiest time of year. Not this year. Inexplicably, people this year are buying toilet paper instead of cars. It just seems to me that this coronavirus hysteria is way overblown. As of this post, 62 Americans have died from this, in a nation of 300 million. The Surgeon General himself said that 98 to 99% percent of the people who contract this disease will recover. I watched an interview with a woman in Seattle that had the virus, and is now recovered. Her advise…don’t panic. Yet, that’s exactly what we are doing. As ArlingtonHog said so well, and in a nutshell, we are killing our economy and way of life with this gross overreaction. He brought up 2009 and the Swine Flu. Yes, Americans died from it, but most of them were susceptible to dying from any virus. 30 thousand Americans have died this year from the common flu, and do every year. I am not a fan of the man, but Obama didn’t cancel events and put people in quarantine in 2009, and as Arlington said, most of us don’t even even remember the 2009 Swine Flu. My point is, this seems like a massive overreaction, and it feels politically motivated. The powers that be, even if they don’t agree with it, are forced by fear mongering to cancel gatherings and events that are going to cripple our economy. HY, himself, said that he didn’t understand cancelling the College World Series in March. Again, 98 to 99% of the people who contract coronavirus will survive. What are we going to do next spring when the next virus appears? I don’t know, but I sure do miss my sports, my paycheck is taking a beating, and it just feels like the world has gone mad. Apologies if I’m wrong and we all die, but I just don’t think most of us will.

Apologies if I’m wrong and we all die, but I just don’t think most of us will.

You’re right. Most of us won’t die. So screw it. Who needs the olds and crippled anyway? They had it coming to them.

Suggest that you do the math on the to date reported data by country and worldwide. The reported mortality to date worldwide is actually about 3.3% (granted, who knows about unreported cases with little or no symptoms?). As I recall, H1N1 was 0.1%.

And you might want to check with the Italians before you judge things.

The Italian death rate is about 7%, meaning that is the percentage that is dying (today’s number is 1809) among the infected (today’s number is 24,707) or actually 7.32%. The next week in the US will be telling. Good time to be a temporary hermit.

I saw on social media the H1N1 vs CV19 meme. Hopefully, logical adults are seeing right through it.

We are in the first inning of a baseball game in a double-elimination tournament. To say that one side is “better” is very premature until we see the long-duration numbers.

What experts on these things tell us is that CV19 is far more serious than H1N1. When that gets reported, the reporting gets trashed as sensationalistic or biased. “Truth as we know it” is not sensationalistic or biased, it is the truth. The truth is pretty amazing right now, and if it makes a political message as well that is a by-product of the politicians performance, not a motivating factor of those trying to remedy the virus or report on the possible solutions.

The political commentary on some message boards is so outrageous that it is leaves me speechless. The disconnect between facts and common sense is stunning.

Limit substantially your social behavior. Wash your damn hands. Stay at home if sick, and for a lengthy time after recovering. Support family-owned, local businesses creatively while still avoiding large crowds. Cover your mouth if coughing, and your nose if sneezing. These aren’t radical ideas, or a conspiracy theory - these are things that we should have learned in freaking kindergarten.

We are all also learning a valuable lesson from our leaders: if you don’t like the truth, and you tell a small lie, the truth will haunt you. When you finally encounter the leaders owning the truth they are having to explain away weeks of lies. So, that is one of those kindergarten things, too: tell the truth when it hurts a little, because owning lies later will hurt a lot. We could have learned from China about trying to cover up that something was going on with CV19. We didn’t. We should be learning now from Italy.

Or, we can ignore the facts from the experts.

Not wanting or intending to be personal towards anyone, and certainly not trying to introduce partisan politics to a “usually friendly” message board. We have more in common than we don’t, and we have a common love, our Hogs. Hope everyone reads this in that spirit…I am tired of being a lonely rational voice in rooms!

I am tired of being a lonely rational voice in rooms!

Not what I meant at all. It’s not ok for anybody to die from a virus, yet that is exactly what happens every year, mostly from the flu. If we all just curl up in our “safe place” for the next few weeks, what is going to happen to our economy? I recommend Tide for washing practice jerseys.

I enjoy UA sports and message boards tend to not attract people who can be fans and rational at the same time.

I hope you are not trying to prove my point!

Which type of jewelry cleaner for N.C. Ring?
Just in case I find one in a pawn shop for myself.
Sorry Jeremy, couldn’t resist, lol.

Lol. Toothpaste works as good as anything. Just wish my ring finger (like the rest of my body) was still skinny enough to wear my ring.

I think “denying that this is very serious” is one of the main reasons that it is very serious world wide. The coronavirus began last December in Wuhan, China. As it began to spread, the Chinese refused to admit it was a new and much more deadly virus and were slow to share information or to take action to control it. Italy is a very popular tourist destination for the Chinese as their expanding middle class has more money to spend. It is those tourist centers like Florence, Rome, & Milan that were so heavily infected by the touring Chinese. If we try to label all this as “more fake news”, then many more will die that will not, if we take serious action to stop the spread. The flu, which is everywhere, kills 30,000 each year. If you use the .1% flu death rate and the 7% coronavirus death rate in Italy, that means 2.1 million might die if we all decide this is “more fake news.” This really is serious. JMVVVVHO

Flu kills many more than 30,000 each year globally, which is what I believe you were referring to when you said “which is everywhere”. CDC estimates that number to be between 291,000 and 646,000. 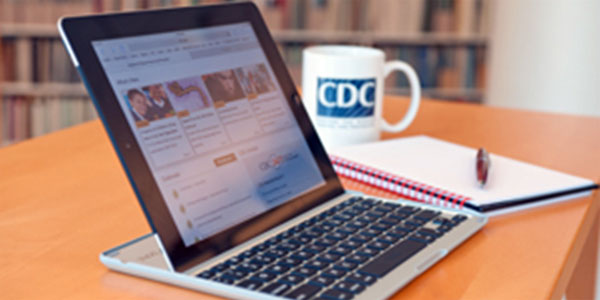 Take a look at the latest and archived public health news releases published by the CDC.

Thank you Hogmodo…the math is convicting. This is a very perilous situation. If we can’t flatten the curve, the number of deaths could be staggering.

I understand that we are in unchartered waters and believe that erring on the side of caution to some degree is very prudent… However, economic armageddon has health consequences also. We may save a few lives with these extreme measures. But at what cost? Poverty kills too.

I am a doctor at the designated center for COVID i.e. HQ for corona virus care in Tn and we get daily required readings (Im not clinical this week for what was to be spring break) and I can tell you that our understanding is evolving and changing. I have been very bothered by the information generated by television including my own institution contribution to the confusion. Finally this morning we got a guy who put out the information that everyone wants which is how long til we can treat (chloroquine for all right now 400 mg bid), when a vaccine will be available and understanding that the COVID 19 is NOVEL and we are catching up in a hurry, as in probable peak in late April with decline starting May.

Scott Gotlieb made a lot of sense and as usual was found on CnBC and not a news outlet, amazing that the business focused is more cutting edge than CNN, FOX, CBS etc,. etc. I resent having Mike Pence or Larry Kudlow give me biased medical fantasy and am not a fan of Fauci who seems to lack the knowledge of many more focused medical experts. How many virologists have you heard from? I appreciate that is public health and whether it were Ebola or Swine or Avian or whatever the same general principles do appy which are social distance or contact isolation, simple and repetitive hand and facial cleaning (voluntarily add Listeine rinsing) and such. Public health is truly usual common sense if any of us have that. Ditto all the things that your grandma taught you about vitamin C, zinc, plus vitamins and stay warm and dry. Duh.

As usual we are discussing limited resources and don’t use the ER and we are even experiencing curtailment of elective surgery and guidelines for how to use what we have left. Middle Tn is under double whammy from supply chain issues linked to China and tornado destruction of distribution centers that were critical to supplying health care facilities locally.

If you want medical info that comes from a real expert and not a public health smile for the camera then follow Scott Gottlieb on Twitter, dude has it right and is a voice or reason (don’t think he has a political agenda):

forgive me for all that I left out, but I am disgusted by the pandemic being a political issue and I am disgusted with both Democrats, Republicans and whatever Bernie is calling himself.

COVID19 is beatbale and will be a future model for what not to do when a new virus threatens us.

Thank you doctor. It’s high time we pulled together as Americans. This pandemic will change the coarse of our lives. We’ll recover but their will lots of loss.

I’m doing the social distancing thing just fine. But I see neighbors and friends continuing like nothing is happening. And 90% our neighbors are elderly with underlying health issues. SMH

Flu kills many more than 30,000 each year globally, which is what I believe you were referring to when you said “which is everywhere”.

I should have said “30,000 everywhere in the US.” If you apply that factor of 70 times the world wide flu death rate, it boggles my mind.

How about we report the # of deaths to those over 60, along with the total # of deaths.

I wonder how “under reported” flu cases are? I have had the flu twice that I know of. Because my father was a doctor I got tested (cost me nothing). I assume those positive results were reported as “had the flu, didn’t die.” However, if my dad hadn’t been a doctor, I don’t think I would have gone to the doctor either time. I was sick. I knew I wasn’t dying. I would have just stayed home, treated the symptoms. (My wife used to work for a doctor, he would tell people with the flu, “I can write you a prescription for some medication, and you will be better in about 14 days. Or, you can go home, drink lots of fluids and get better in about 2 weeks.”)

My point its, I wounder if the “kill rate” is lower than reported, or is that factored in?