I Am In The Portal

This college football fan is in The Portal. You want me to vote for and cheer for your school? Show me the money.

Your post is made even better with your avatar. I read this in Festus’ voice.

I can hear Miss Kitty saying, “now Festus, you give it some time.” Or maybe that was doc.

I don’t remember Festus calling him Marshal much. Usually it was “Matthew”.

Ken Curtis (AKA Festus) was quite the singer. I witnessed him singing at the Dixie National Rodeo (mid 70’s) in Jackson MS. Nice guy too. I saw about every Gunsmoke star sing/perform at one Rodeo or another over the years (other than James Arness and Amanda Blake). Very talented folks.

My dad and I must’ve watched every episode of Gunsmoke and Star Trek together. Good times.

My portal dropped me off in SE Missouri high school sports. I do not however, ever root for the Festus Tigers.

Rio Grande 1950 Wayne movie was first time I heard Curtis sing. Surprised since I knew him from Gunsmoke. At our house my father never missed an episode of Gunsmoke or Combat.

But nurses felt his wrath as they explained to him TV did not have his channel for Gunsmoke.

If he can watch The Outlaw Josey Wales or Gunsmoke while tying midges, Louis is happy.

I think Curtis was once a member of the Sons of the Pioneers singing group. He also had a significant role in The Searchers with John Wayne.

I have withdrawn my name from the College Football Fan Portal. CSP says it’s OK and will welcome me back. Not that I ever planned to not be a Razorback fan. Just wanted to explore my option$.

The Portal is not what it is made out to be. I only received one transfer offer. It was a wink-and-a-nod deal from an ole mule skinner in Oxford. Couldn’t see me and my mule (Ruth) in the Grove cheering for the Confederates any how.

Maybe an NIL deal is what I need. So, if there are any livery stables or feed stores in NWA that need some advertising help, please holler at Ruth and me. We’ll be at the Long Branch.

An old mule skinner in Oxford? Could have been worse, Robert Redford (playing the part of Jeremiah Johnson) could have plucked you out of the portal and brought you to his cabin in the Rockey Mountains and let you skin griz. That scene where the old fur trapper lets the griz chase him into Jeremiah Johnson’s cabin is still one of the classic scenes from what is one of my favorite movies. Trapper said upon his tumbling exit into the snow, “Pilgrim, skin that one and I’ll bring you another.” Yikes.

Any portal offer from someone in W or NW Montana would have been seriously considered. Not worried about bears. Ruth can smell em from a mile a far.

he can watch The Outlaw Josey Wales or Gunsmoke

Did he send the nurses on a Missoura boat ride? 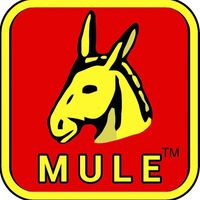 Ol’ Ruth can get her an NIL deal with Mule Brand Clothing.